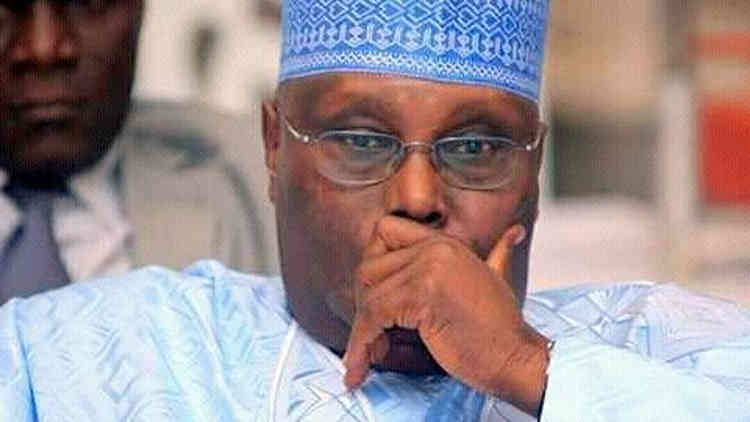 Atiku Abubakar, the presidential candidate of the Peoples Democratic Party, PDP, has reacted to the call by former Governor of Ekiti State, Ayodele Fayose, that the south should produce the next president in 2023.

Fayose on Wednesday said the PDP should give room for power rotation.

According to him, PDP’s constitution provides room for a rotational presidency.

Reacting, Atiku’s media aide, Paul Ibe told DAILY POST on Thursday that the PDP presidential candidate will continue to appeal to aggrieved persons ahead of the 2023 election.

He said, ”I want to believe that Governor Fayose is a democrat and as a member of the PDP, I am sure he is aware that the party has taken a position and the position was taken by the highest organ of that party, the National Executive Committee, NEC, after a committee headed by Governor Samuel Ortom turned in his report.

”If he is aware of that process, he should also be aware that following the position of NEC ratifying the decision of Ortom committee a primary was held and a candidate emerged and the expectation is that leaders like him and every member of the party will rally around the candidate to ensure that victory is assured in February 2023 when the presidential election will hold, that is the ultimate for the PDP.

“If the PDP are unable to retire the APC, all the things they have hoped to achieve including fixing Nigeria that has been broken economically, politically and socially by the seven years of the APC administration, they will not be in the position to do that.

“He should also understand that the supremacy of the party is far more important. Everybody needs to stand behind the party to be able to take out the APC. I don’t know what Gov Fayose wants, maybe another eight years of a clueless APC administration that has given nothing but poverty.”

On plans Atiku has made to reconcile aggrieved party members, Ibe said, ”It started immediately after the primaries that produced his Excellency, Atiku Abubakar. He reached out to his fellow contestants, party stakeholders, and other leaders of the party. Reconciliation has been ongoing even after the conclusion of the nomination process that produced Governor Ifeanyi Okowa as the Vice Presidential candidate.

”In every contest, there are always be people aggrieved but there are processes in place to solve it.”