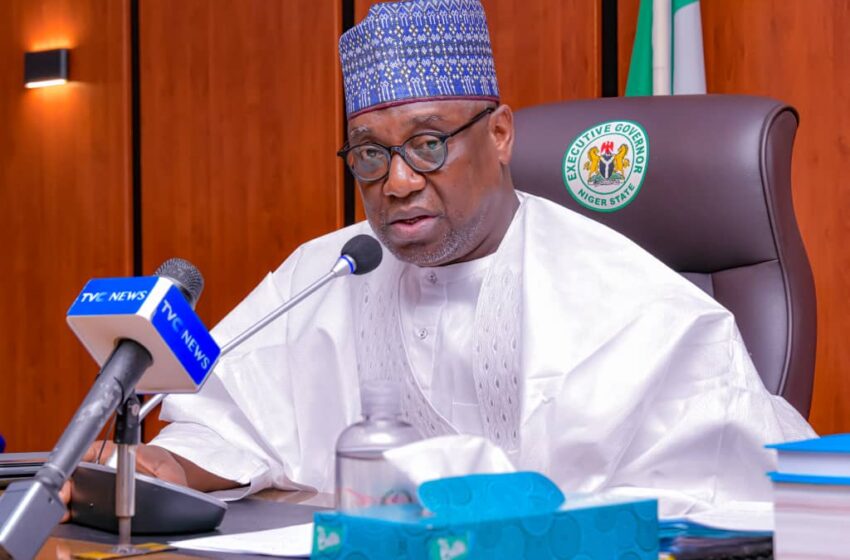 Governor Abubakar Sani Bello of Niger State has described the political atmosphere in the country as unpredictable and bleak for the ruling All Progressives Congress, APC, if members failed to unite and work towards sustaining its dominance in the forthcoming general elections.

Bello made this known during an interactive meeting with political appointees at Government House, Minna.

He noted that the ruling party must realign, restrategize and work for all its flag bearers in the overall interest of the party.

He stated that although the APC remains a party to reckon with, a lot of hard work and energy is required to sustain the dominance of the party in the country.

Bello urged members of the party to put aside their differences and support the party’s candidates at all levels to ensure victory in the coming local government and the 2023 general elections.

“We all had our candidates at state and national assembly levels during the party primaries. But that time is past. As painful as it may have been, God has decided and we need to leave it in His and work for the party.

“The problem of APC is APC, we must not take actions that will be injurious to the party. We sheath our swords, accept everybody as APC and move on to glory as an indivisible and dominant ruling party.

“It is erroneous and can also be suicidal for the party candidates, members, and stakeholders to fold their arms, sit back and assume that they have won already. The situation in the country has put the party in a disadvantaged position ahead of the coming elections,” he said.

The governor, however, expressed optimism, hope, and confidence that APC will pass through the storm and form an even more formidable government with the support of its united members and stakeholders as well as a consolidated internal democracy.

Also speaking to journalists after the meeting, the gubernatorial candidate of the party, Hon. Muhammad Umar Bago said the meeting was mainly to encourage party members, especially political appointees on the need to unite and discuss the way forward for the party towards the 2023 general elections.

During the interaction, observations and suggestions were made by various stakeholders of the party on how to have a successful outcome in the 2023 elections.