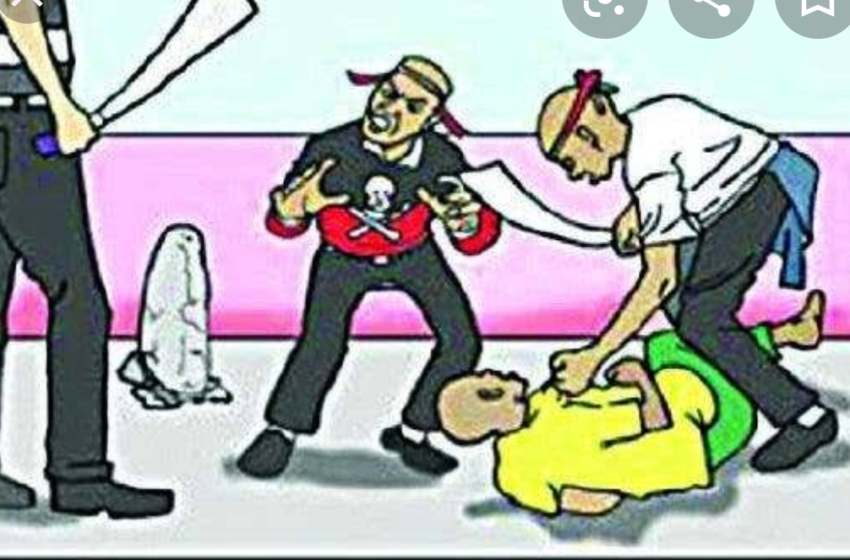 The Osun State Police Command has arraigned five secondary school students of Ifeoluwa Grammar School before a Magistrate’s Court sitting in Osogbo for allegedly stabbing a colleague during school hours.

He said the five students were with the intent to kill one Yekeen Basiru before they allegedly stabbed him on his back and left hand with an axe.

Akintunde told the court that the five pupils and others now at large on November 23, 2020, around 1pm at Ifeoluwa Grammar School, Osogbo with the intent to kill, stabbed one Yekeen Basiru on his back and left hand with an axe.

He alleged that they engaged in an unlawful society known as Eiye Confraternity, damaged the building of Ifeoluwa Grammar School and windscreen of Mercedez Benz ML320 with registration number AP 665 SGB property of Ajibade Kehinde.

Read More  Amotekun arrests lady who sold her baby for ₦10,000 in Ondo

When the count charges were read to the five pupils, they pleaded not guilty to the charge preferred against them.

Counsel for the defendants led by Toba Ayodele made an oral bail application for the pupils stating that bail is their right under the law.

Meanwhile, the prosecutor opposed the bail stating that the pupils may run away and the wounded person was still in the hospital.

In his ruling, Magistrate A. A. Adeyeba granted the accused bail with a sum of N1m and two sureties each.