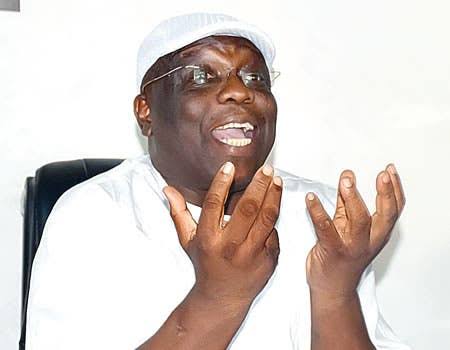 48hours after the Congress of the All Progressives Congress (APC) in Lagos State which produced Pastor Cornelius Oyefolu Ojelabi as the state Chairman, aggrieved chairmanship aspirant, Fouad Oki, has received invitation to join the People’s Democratic Party (PDP).

Oki has however rejected the proposal saying he would not leave the APC unless, “its doors are shut against me like they did during the last Congress”.

After the APC State Congress which took place on Sunday, 17 October, 2021, a delegation from PDP Leader in Lagos, Chief Bode George visited Oki at his Surulere home.

The delegation comprised of eight prominent members of the PDP in the state.

“Members of the delegation told him (Oki) of the desire of George and other PDP members to have him in their fold and join them in what they describe as the struggle for liberation of the state,”

However, Oki was reportedly adamant in telling them that the thought of joining PDP has not even crossed his mind not to talk of giving it any consideration.

Oki reportedly stated that, he would remain a member of APC until the party closed its doors against him and his supporters or pushed them out.

He reportedly told his visitors that he is exploring all peaceful means available to get redress for the injustice done to him within the jurisdiction of the party.

Fouad Oki, a Chairmanship aspirant of the party, was prevented from entering the venue of the state Congress on Saturday, 16 October, 2021 by security agents who claimed he was not an accredited delegate for the Congress.

This was after he had duly purchased, filled and submitted his nomination form for the contest.