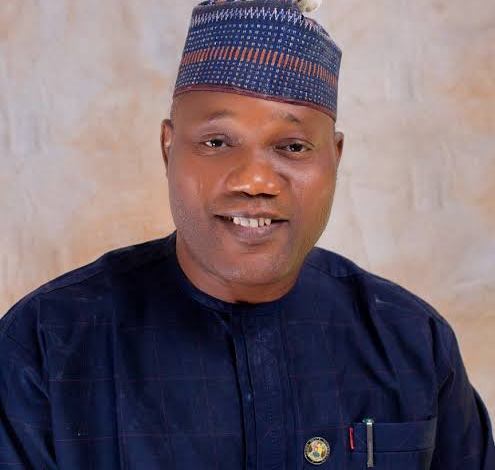 There are reports claiming that current Chairman of Ojokoro Local Council Development Area, Hameed Idowu Tijani had been arrested barely 48 hours to the local government elections in Lagos state.

A report circulated earlier in the day indicated that Tijani was arrested by men of the Nigeria Police Force over alleged certificate forgery and age falsification.

However, a counter report from the Media Office of the Chairman indicated that rather than being arrested, the council Chairman allegedly escaped being assassinated.

According to the report, six men with guns stormed the residence of the council Boss.

The report stated that while four out of the six men ‘escaped’, the remaining two were ‘pinned’ down and handed over to the police at Ijaiye Ojokoro Divisional Police Headquarters.

According to the latest report, “Tijani has never been arrested for age falsification as reported, but he narrowly escaped being Kidnapped and arrested by unidentified Policemen”.

Another report claimed those who came to the Chairman’s residence were policemen.

“The five police officers in mofti purpoted to have been sent by female Deputy Inspector General Police in Abuja attempted to arrest  the council boss without letter of invitation as at 6:30am when they made the attempt.

“As at press time, two of the unidentified police officer were apprehended and detained by the DPO at the Ijaiye Ojokoro Police station.

Read More  Presidency Replies Atiku: You Were Part Of Those Who Brought Nigeria Down

“It was also gathered that the men are security operatives from Abuja who had come to effect the illegal arrest,” the second report from Tijani’s Media Office said.

Tijani’s whereabouts remain unknown. He could not participate in the last campaign rallies organised for his re-election on Thursday, 22 July, 2021.

At all the rallies, he was represented by his running mate. Some of his supporters reportedly said he was being protected from illegal arrest allegedly orchestrated by his rivals.