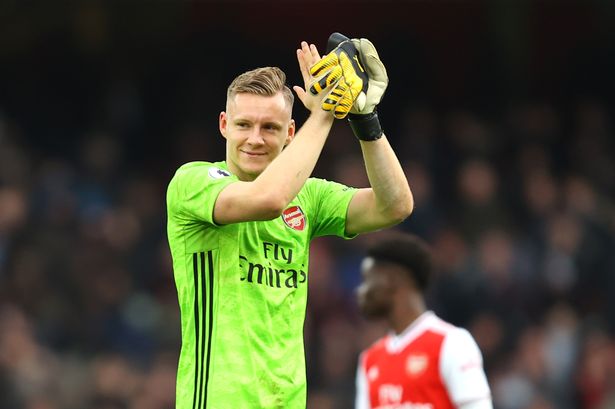 Players transformed mentality has been helping Arsenal’s defensive tactics this season, according to goalkeeper Bernd Leno.

The Gunners had problems with keeping clean sheets last term, but have turned around their form at the back under manager Mikel Arteta.

While goalscoring has been a problem all season, only Manchester City have conceded less in the Premier League this term.

Asked to give reasons for the turnaround, Leno told reporters: “I think our mentality.

“Because everybody is defending, even the striker is sometimes defending in the box and then you can see the difference.

“It is much harder to score goals against us and even to create clear chances.

“For me, of course as a goalkeeper, it is always better to have a clean sheet but I think to be a successful team the defence is the most important thing.”