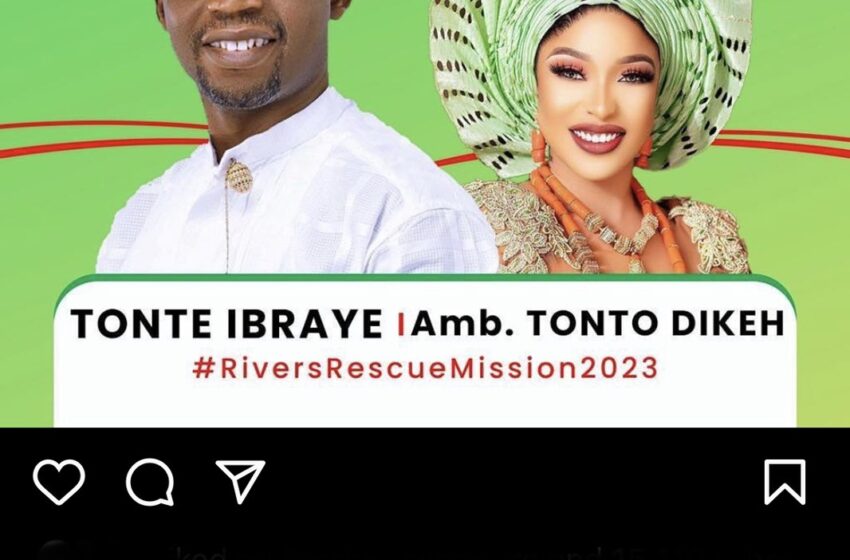 Nigerians have reacted to the emergence of Nollywood star, Tonto Dikeh as a deputy governorship candidate in Rivers State.

Dikeh was picked as the running mate to the governorship candidate of the Africa Democratic Congress (ADC) in Rivers State, Tonte Ibraye, for the 2023 election.

The actress took to her Instagram page on Friday to make the announcement alongside their campaign poster with the hashtag ‘Rivers Rescue Mission 2023’.

Dikeh expressed appreciation to the Governorship candidate, stating that they are looking forward to investing massively in social protection, creating social value for young people and increasing women’s inclusion in the governance system.

She added that they would be supporting small businesses and strengthening the traditional institution to be active players in the drive to bring sustainable development.

Reacting to the development, some Netizens took to the micro-blogging site, Twitter on Friday to mock the actress over her emergence as running mate.

They also slammed the ADC for choosing Dikeh as a deputy governorship candidate following a series of controversies surrounding the actress while others hailed her emergence. 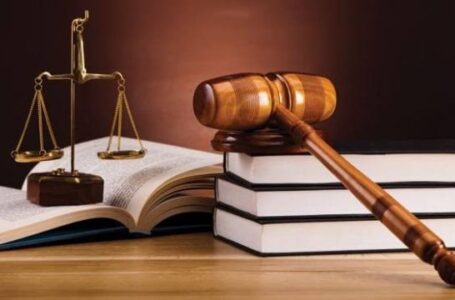 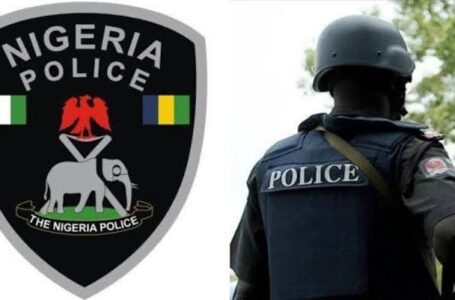 3 paraded over alleged killing of 9-year-old... 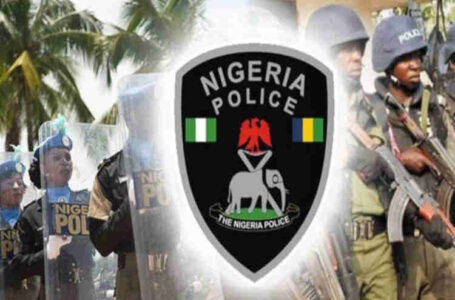