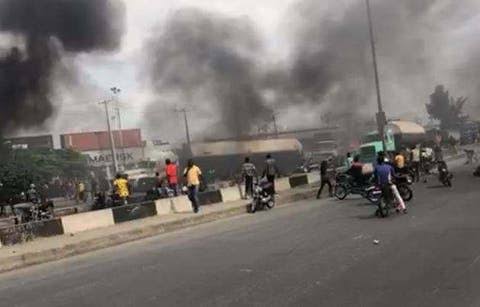 Reports emanating from the area said the clash started around noon when the task force operatives arrived the area to seize motorcycles.

Eyewitnesses said the Okada riders had refused to surrender their motorcycles, inevitably leading to a face-off with the task force officers.

The Okada riders reportedly set bonfires on the expressway to express their displeasure, causing a traffic hold-up in the process.

Several commuters were forced to walk long distances under the scorching sun due to the gridlock.

It was gathered that the clash between the Okada riders and task force officials brought activities in the Amuwo-Odofin Local Government Area to a grinding halt.