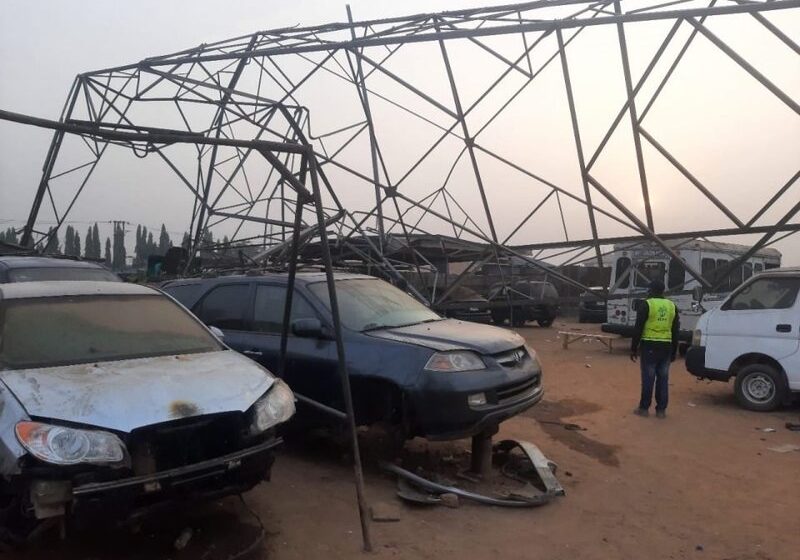 The Alimosho area of Lagos State in the early hours of Christmas Eve was thrown into confusion and chaos, following an NNPC pipeline explosion, owing to the activities of vandals, it was gathered.

As a result of the incidents, vehicular movements have been totally paralysed as motorists started driving against the flow of traffic otherwise called ” One Way,” thereby, resulting in gridlock.

Residents and motorists in Igando, Idimu and their environs were locked up in confusion over the two incidents, it was observed.

While fire fighters were battling the explosion, the fallen high tension electricity mast from Egbin Hydro Power Station that collapsed, destroyed some vehicles and property along its path.

The high tension cable mast collapsed across the major roads in the axis thereby stalling vehicular movements in the highly populated area.
No casualties were recorded as at press time.

Officials of the National Emergency Management Authority were however sighted at the scenes, making efforts to avert further disaster.

The Southwest Co-ordinator of the agency, Mr Ibrahim Farinloye, who confirmed the incident, urged residents to observe serious safety precautions to avert loss of lives and destruction of more properties.

The NEMA boss said that power service agencies, especially the Ikeja Electric Distribution Company, and other officials were currently trying to safely remove the 330 kva line.

According to Farinloye: “Residents of Igando, Idimu Axis are strongly advised to observe serious safety precautions due to the collapse of high tension poles that emanated from Egbin Hydro power station.

“The line is from Ikorodu across Ikeja and other areas. The Fire Service has been mobilised to provide cover in case of fire outbreak.”

Also on the explosion, the raging fire which started in the early hours on Friday, gutted Nigeria National Petroleum Corporation, NNPC oil pipeline.

Men of the NNPC, security agents, fire fighters and NSCDC officials were at scene to salvage the situation.

It was gathered that the pipeline fire explosion was not posing any threat to human and public lives as the site is located in Isale Odo, LASU Road, Egbeda, Alimosho area of the state.

According to eyewitness, the electric cable collapsed, leading to electric sparks all over the area. 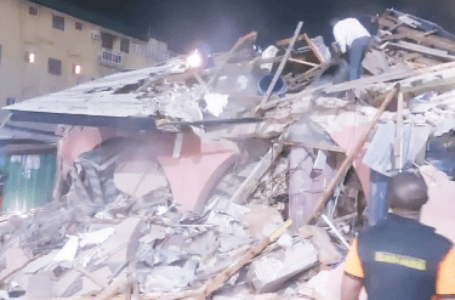 Another building collapses in Lagos 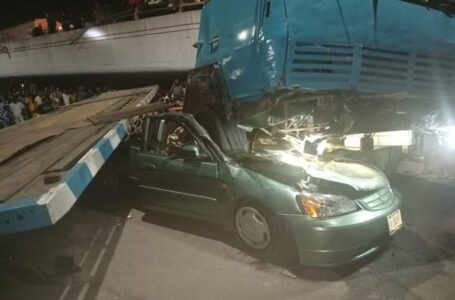 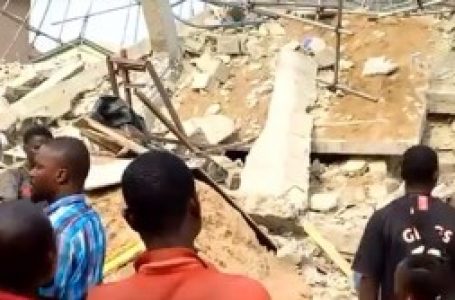