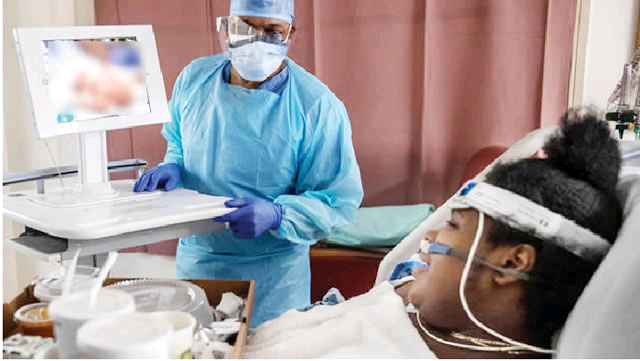 The Nigeria Centre for Disease Control (NCDC) stated this while releasing the data on its official Twitter handle on Saturday.

It was exactly one year ago, Feb. 27, 2020, that Nigeria recorded its Covid-19 index case, believed to be the first in Sub-Saharan Africa.

Till date, 155417 cases of the disease have been confirmed, while 133,256 patients have been discharged and 1,905 COVID-19 related deaths recorded in the 36 states and the Federal Capital Territory, FCT.

In the past 24 hours, the NCDC has recorded three Covid-19 deaths, raising the total fatalities in Nigeria to 1,905.

The Nigerian health agency said that the new infections were reported from 20 states and the FCT.

Ondo reported 15; Gombe-11; Kano-11; Imo-10; Ekiti and Kebbi had nine each; Kwara and Oyo state recorded eight each, while Borno had six; Enugu and Plateau. three each; Delta, Niger, and Ogun had one each.

The NCDC stated that Saturday’s discharged cases included 319 community recoveries in Lagos State, 121 in Kaduna State and 38 in Rivers.

The agency said that a multi-sectoral national Emergency Operations Centre, EOC, activated at Level 3, had continued to coordinate the national response activities in the country.

The public health agency said that the number of active COVID-19 cases in the country currently stood at 20,183 in the last 24 hours.