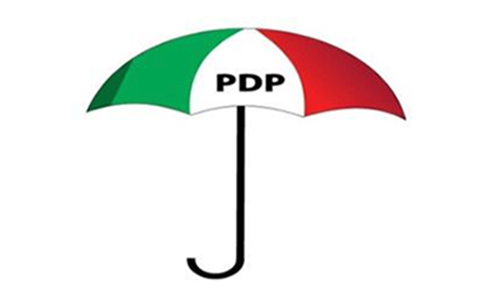 The Peoples Democratic Party (PDP) and the Coalition of United Political Parties (CUPP) have kicked against the Senate’s adoption of direct primaries for political parties in the country.

Barely three months after passing the Electoral Bill, the Senate amended it to empower the Independent National Electoral Commission (INEC) to determine the procedure for the transmission of results during general elections.

It also approved direct primaries for aspirants to all elective positions.

The Red Chamber had, in July, passed the bill with provisions that allowed INEC to transmit election results electronically after getting the green light on network coverage from the Nigerian Communications Commission (NCC) and approval from the National Assembly.

The bill, as passed by the House of Representatives, gave INEC the sole power to transmit results of elections by electronic means “where and when practicable”.

The two chambers had set up a conference committee to harmonise grey areas in the bill.

However, the Senate, yesterday in a motion for re-committal by Senate Leader Yahaya Abdullahi, re-amended certain aspects of the Electoral Act (Repeal and Re-enactment) Bill 2021 contained in clauses 43, 52, 63 and 87.

It explained that the decision to subject the clauses of the bill to re-committal was reached after critical examination by the Senate Committee on INEC.

The Senate amended clause 52 on the transmission of election results when the bill was subjected to re-committal to provide that, “Subject to Section 63 of this bill, voting at an election and transmission of results under this bill shall be in accordance with the procedure determined by the commission (INEC).”

Clause 63 mandates the Presiding Officer to count and announce election results at the polling unit, enter the votes in a form, which shall be signed by him or her and countersigned by the candidates or their polling agents and transfer the results, including the total number of accredited voters, in a manner as prescribed by the commission.

This, the Senate said, would serve as a paper audit for whatever results are ultimately collated after transmission has been done as determined by the commission.

The PDP National Publicity Secretary, Kola Ologbondiyan, described the passage as a retrogressive provision that sought to wipe off all the gains achieved in the electoral practice since 1999.

The party also said the decision by the APC-controlled Senate was a “humongous blow” to the development of democratic norms and “a plot to introduce anarchy” during internal party elections “as currently obtainable in the APC.”

Similarly, the National Secretary of CUPP, Peter Ameh, said direct or indirect primaries should be left at the discretion of the leadership of political parties.

Reacting to the development, former Vice President Atiku Abubakar has commended the resolution of the disagreement between the National Assembly and the Independent National Electoral Commission (INEC) on electronic transmission of election results.

A press statement by his media office said the harmonization of positions between the two institutions is an indication that Nigeria’s democracy is growing and getting stronger.