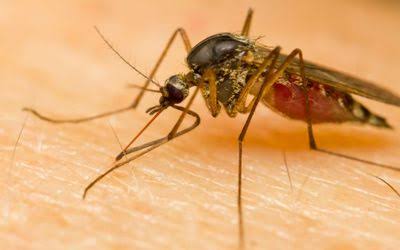 Residents of Enugu State were on Monday thrown into a state of fear after the government reported suspected Yellow Fever outbreaks in three additional Local Government Areas in the state.

The Enugu State Government has been struggling to stem the spread of the Yellow Fever disease, which has reportedly claimed 52 lives in the state as of November.

In a statement released on Sunday, the State Commissioner of Health, Prof Ikechukwu Obi, said the government had received reports of strange deaths in the Nsukka, Isi-Uzo, and Igbo-Etiti LGAs.

This comes after health officials confirmed the outbreak of Yellow Fever in Ette Uno and Umuopu communities in in Igbo-Eze North Local Government Area of the state.

He said: “Following the confirmed cases of Yellow Fever in Igbo Eze North LGA of Enugu State and the concerted efforts to control the situation in the LGA by the State Government, Stakeholders and Partners; Federal and International, reports have also been received of ‘strange deaths’ within communities in Nsukka, Isi-Uzo and Igbo-Etiti LGAs.

“The new set of samples from these LGAs have been sent to the National Reference Laboratory at the Federal Capital Territory Abuja for a thorough and complete examination to determine conclusively the reasons for these new set of reports and the results are expected back early this week.”

Obi called on residents to keep their environment clean and free of mosquitoes as the Yellow Fever disease was mainly spread through mosquito bites.

He further reminded the public that Yellow Fever vaccine is only for prevention, and not treatment, of Yellow Fever. Thus, he advised all to visit a trained health worker if they were not feeling well.

The Health Commissioner also extended condolences to those who lost loved ones to the Yellow Fever disease.