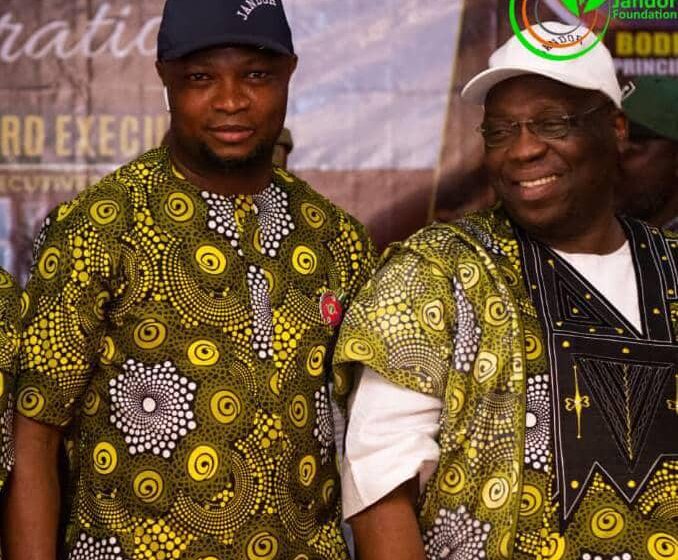 All Progressive Congress (APC) chieftain, Hon. Fouad Oki has berated the Lagos APC for its remarks on the recent defection of the Lagos4Lagos Lead Visioner, Dr Abdul-Azeez Olajide Adediran (Jandor) to the Peoples Democratic Party (PDP), noting that the gross underperformance of the present Government brought up the Guber hopeful.

Speaking during a radio interview on 99.3 Nigeria Info, Morning Digest, the leader of Democrats, a group within Lagos APC, noted that Jandor’s decision to defect to the PDP was for the best interest of pursuing his ambition.

“Jandor and I are political soulmates. I would encourage whatever he chooses to do for a reason. He has a destination and goal post and he is in the best position to determine the most veritable platform for him to use to realize his ambition.”

He added: “Therefore, nobody should feel anyhow about his decision to port if he rightly believes that is where he can ventilate his aspirations.”

Reacting to the APC Public Secretary, Seye Oladejo’s defence of Governor Sanwo-Olu’s controversial invitation for ‘peace walk’, Oki noted that the people around the Governor have not done well for the Governor and Government.

“Unfortunately, people continue to deceive this Governor and Government. I would expect the APC publicity secretary to say what he said. Most of these people have more than one address, they have addresses unlike some of us.

“The State is not working and that is why you have somebody like Jandor coming out passionately to say it. Whatever the young man is telling us, If people fail to heed the warning, they will get burnt with its consequences. What Jandor has done calls for a sober reflection and retrospection for the party. His defection has called for a cautious approach to our ways and means.”

Responding to claims of the Governor’s excellent performance, the APC stalwart, stated that the peddlers of such claims are either mischievous or day dreaming.

“They can say they are trying but their best is not good enough for Lagos. What Lagosians should get from us as APC is a plea for understanding. What I expect from us as leaders of APC is to continue to plead with Lagosians to understand our overwhelming challenges and how we are tackling them. This is not the time to say this administration is doing this or that. It calls for wisdom especially in this ‘sorosoke’ generation. I am sorry, we may find ourselves in shock and surprise the way things are going.”