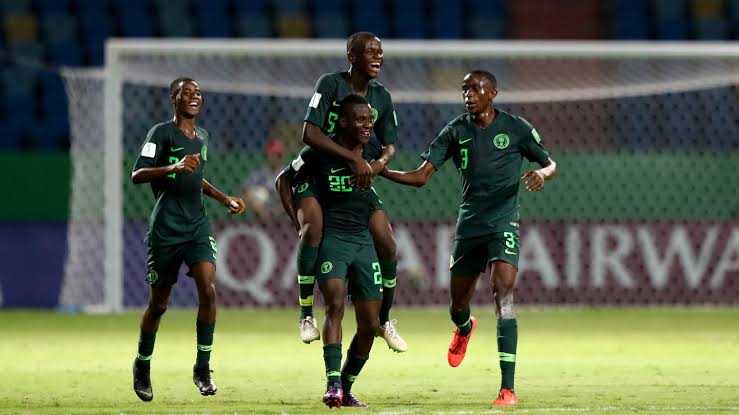 The national under-17 male football team on Thursday thrashed Bayern Munich Academy of Abuja 5-1 in a friendly match.

The match was part of the Golden Eaglets’ preparations for the 2021 Under-17 Africa Cup of Nations slated for Morocco in March.

Eaglets were recently drawn in Group B with Tanzania, Algeria and Congo for the fiesta scheduled for March 13 to March 31.

In the friendly match at the River plate football ground in Abuja, the Eaglets who have been in camp since January outclassed their opponents with a scintillating display.

The first half of the match started on a cautious note with both sides unable to convert their goalscoring chances.

Coach Amoo’s half-time talk changed the complexion of the match as the Eaglets went all out with better coordination at the start of the second half.

Victor Udoh opened the scoring in the 46th minute, but Chinasa Maduabuchi equalised for Bayern Munich Academy in the 67th minute.

Ahmed Abdullahi’s sublime header sailed into the net two minutes later and he went on to score from the penalty kick spot in the 75th minute to complete his brace.

Peter Asuquo was also clinical with his goal from the penalty kick spot six minutes from full time, while Gideon Atoyebi hit the roof of the net in added time to complete the demolition of the academy side.