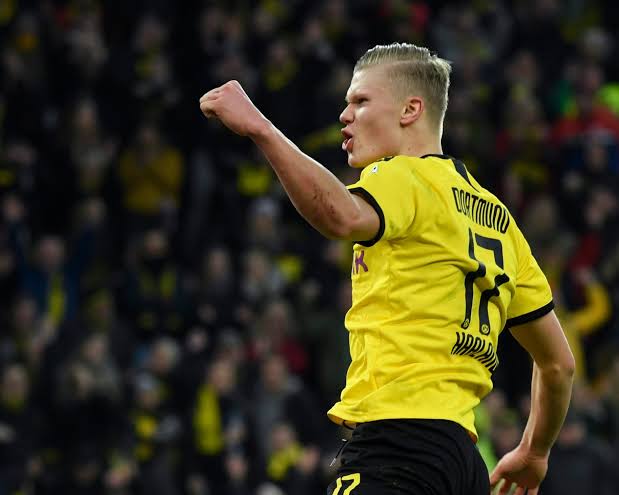 Haaland received more votes than Ansu Fati of Barcelona and Alphonso Davies of Bayern Munich, who placed second and third respectively, to win the award.

Haaland, who also plays for the Norwegian national team, scored 44 goals in the 2019/2020 season. Sixteen of the goals were scored after he swapped Red Bull Salzburg for Borussia Dortmund in a mid-season move.

The Golden Boy is an award given to the most impressive young footballer in European football for a calendar year.

Nominees must be be under the age of 21 and must play in an European top tier league. The award is voted by sports journalists.