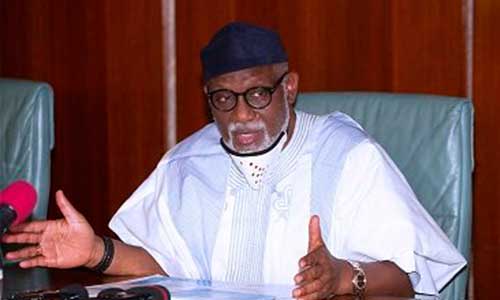 Governor Rotimi Akeredolu of Ondo State has issued a stern warning to people of the State following the renewed hostilities between farmers and herders in parts of the State.

Fresh killings by herdsmen and resultant clashes between the herders and farmers have led to casualties in Ondo State.

Akeredolu, yesterday, warned the people of the State not to resort to self-help but to allow security agencies do their job.

The Governor further described the fresh killings in the State as barbaric, adding that those responsible for the act would be arrested.

Governor Akeredolu, who visited one of the communities, said any invasion of farmlands and unauthorised grazing should be reported to security agencies.

“Residents in the State, especially farmers, are enjoined to report any invasion of farmlands and unauthorised grazing to the Police, Nigerian Security and Civil Defence Corps, South West Security Network (Amotekun) and other security agencies. None is permitted to resort to self-help,” the Governor said In a statement by the State’s Information and Orientation Commissioner, Donald Ojogo.

“This reinforced directive, which is the outcome of the State Security Council meeting is pertinent following renewed hostilities between farmers and herders resulting in casualties in some boundary towns between Ondo and Edo States.

“Undoubtedly, the latest killings are barbaric and condemnable even as efforts have been deepened to apprehend the culprits through inter-state co-operation and synergy.

“The State government, however, believes strongly that such situations are avoidable,” he said

The statement urged residents to abide by the Governor’s directive and trust in the capacity of security agencies to enforce to the fullest, “provisions of the Anti-open Grazing Law that is in operation in the State.”

“Henceforth, any confirmed report of self-help that impairs the operations of security agencies shall be viewed as unhelpful to government’s efforts at any given instance.”