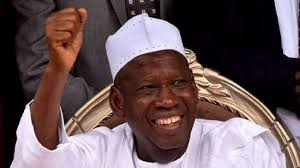 The Kano State Fund Raising Committee on Thursday, disclosed that it had raised N353m, which would be distributed to the vulnerable people in the state to cushion the effect of COVID-19.

The committee chairman, Prof. Yahuza Bello, made the disclosure at a press conference on Thursday.

He said hand sanitisers, fumigation equipment and foodstuffs were also donated by patriotic residents in the state.

Bello added that commissioners in Kano State, as well as other public office holders had donated 50 per cent of their April salaries to support the Federal Government’s battle against COVID-19.

Meanwhile, the Kano State Ministry of Health said it had received some food consignment donated by Jama’a and Ali Baba Foundation.

The state Commissioner for Health, Dr Aminu Tsanyawa, alongside the Director of Public Health, Disease and Control of the Ministry, Dr Idris Wada Bello, received the items, which included face masks, overall gowns and shields.

Also, in fulfillment of the pledge made by the Dangote Group, Chairman, Alhaji Aliko Dangote, to establish 600-bed isolation centre at the Sani Abacha Stadium, in Kano, the equipment for the 600-bed Isolation Centre arrived the venue on Thursday.

In a related development, the Kano State Government disclosed that the tests carried out on 22 out of the 25 suspected persons in the state tested negative, as confirmed by the Health Commissioner, Dr Aminu Tsanyawa, in Kano on Thursday.