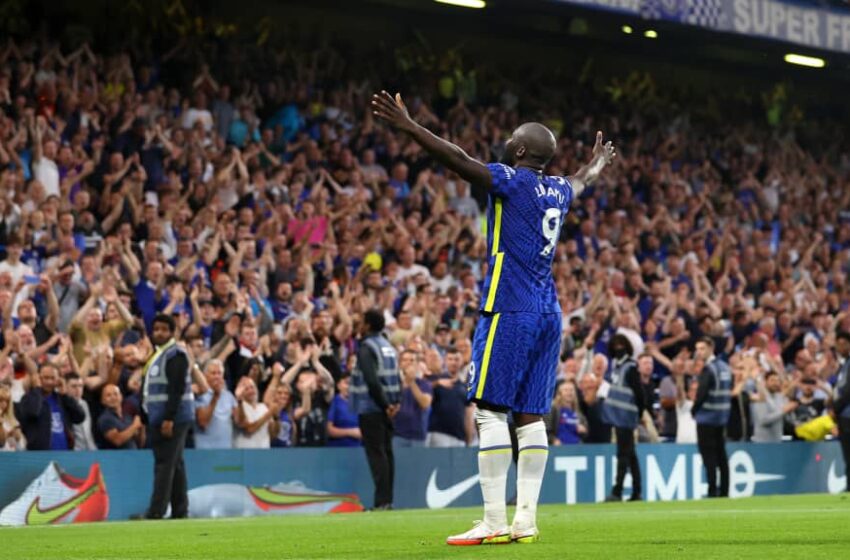 Romelu Lukaku marked his return to Stamford Bridge with two goals as Chelsea beat Aston Villa 3-0 to go level at the top of the Premier League.

On his second home debut for Chelsea, Lukaku scored his first goal at the stadium when he latched on to Mateo Kovacic’s through-ball in the 15th minute, before firing beyond Jed Steer.

Villa responded well and forced Edouard Mendy into a brilliant double save from Tyrone Mings and Ezri Konsa.

But Kovacic doubled Chelsea’s lead on 49 minutes, capitalising on a weak backpass from Mings.

Chelsea are second on 10 points, behind Man Utd on goals scored, while Villa drop to 12th on four points.