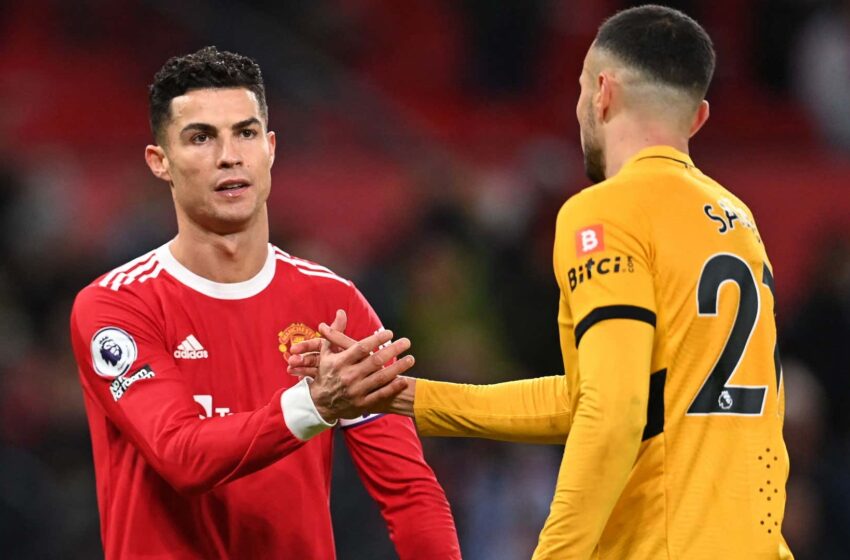 Phil Jones, making his first Premier League appearance for Man Utd in 712 days, earned applause from the Old Trafford faithful with his first touch in the opening minute, a clearing header from Francisco Trincao’s dangerous cross.

That set the tone for a first half in which United defended resolutely as Wolves racked up 14 shots on target – a Premier League record for the West Midlands club.

Bruno Lage’s side were frustrated by David De Gea, who denied Daniel Podence and Ruben Neves with excellent saves before Jones made a brilliant block to stop Nelson Semedo’s 45th-minute ball from reaching Neves.

United grew into the match following the introduction of Bruno Fernandes on the hour-mark and the substitute hit the woodwork seven minutes later from Nemanja Matic’s cutback.

Romain Saiss also clipped the bar for Wolves with a 75th-minute free-kick before Moutinho produced the winner.

Picking up Jones’s headed clearance the Portuguese midfielder drove a low shot into the bottom corner eight minutes from time.

Defeat leaves Man Utd seventh on 31 points, four points behind fourth-placed Arsenal and with a match in hand.

Their first Premier League win at Old Trafford moves Wolves up to eighth, three points behind the Red Devils.