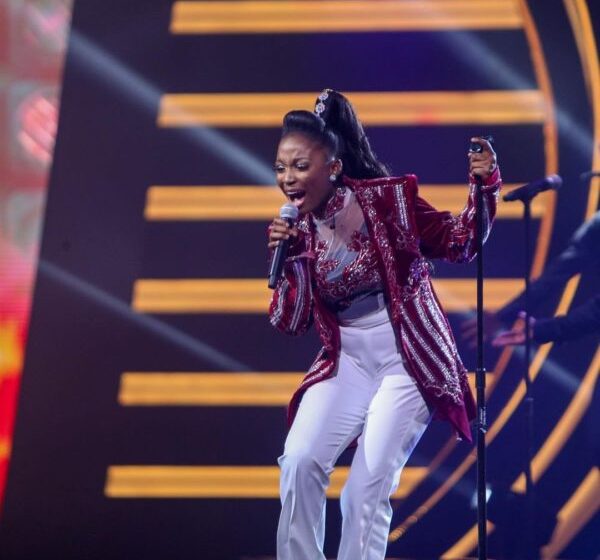 Esther Benyeogo has emerged as the winner of season 3 of The Voice Nigeria 2021.

The competition is the Nigerian version of the international franchise of the same name.

Esther is a 2019 graduate of the University of Benin, where she bagged a Bachelor’s degree from the Department of English and Literature.

She beat three other top finalists, Kpee and Eazzie to grab the N10 million cash, a car, and a record deal with Universal Music Nigeria.

The six talents who battled for the coveted prize are Naomi Mac, Esther, Dapo, Kitah, Kpee and Eazzie who scaled through to the final stage out of the 25 contestants

The coaches in the musical contest include popular artistes: Falz, Yemi Alade, Waje and Dare.

Esther and Kpee were in Team Dare and Eazzie was in Team Waje.

Speaking on her victory,, Esther said: “I am grateful to The Voice Nigeria and my fans out there for this amazing experience.

It has been my utmost joy to come on your screens every week and share my gift on such a huge platform.

“This win is even more special for me because it is one thing to know you have a gift, but it means everything to be recognized for that gift.

I must however give thanks to God without whom I would not be here today and also appreciate my family and friends for their love, support, and prayers.

Of course, I am thankful to my Coach, Coach Darey, for making my time here truly rewarding, and for equipping me with the skills to give this my best shot.”

Coach Darey, who guided Esther tirelessly through the entire competition, praised her saying,

“Esther has consistently shown throughout the season that she is indeed phenomenal.

Her passion, dedication and commitment to improvement were clear signs that she had her eye on the prize and I cannot be more pleased by the outcome.

“Certainly, all the talents this season devoted themselves to every one of their performances.

Evidently, Esther stood out and I am so proud to have been her coach.

It is my great pleasure to congratulate Esther on this big win! Now, it is time for us to celebrate.”

This season, Coach Waje and Coach Yemi Alade, alongside new Coaches: Darey and Falz, went on the hunt for the next champion of the show among 13,000 applicants.

The viewers and fans of the show made their final decision at the grand finale, voting Esther Benyeogo Season 3 winners.