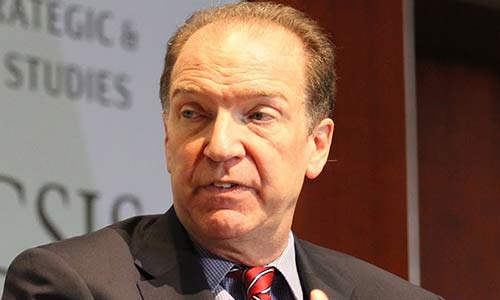 The World Bank has said it is working to increase vaccine production in Africa and re-emphasise its role as a partner for development on the continent.

This was disclosed by the President of the World Bank Group, David Malpass, at the ‘Conference Session1: Framework Conditions for Business and Investment’ during the Compact with Africa Conference.

His remarks were published on the bank’s website on Friday.

Malpass highlighted some of the major challenges facing African countries to include rising inflation and inequality, insufficient access to vaccines, unsustainable debt burdens and climate change.

Stating the bank’s commitment to the development in Africa, he identified the need to make COVID-19 vaccines available on the continent.

“The World Bank Group is a dedicated partner for development in Africa.

“There is an urgent need for COVID-19 vaccines. The World Bank now has vaccine financing in 54 countries. More than half are in Africa, including nine in CwA countries. We can readily increase the number of countries and the financing for each.

“We have partnered African Union to support the African Vaccine Acquisition Trust. Resources are available for countries to purchase and deploy vaccines for up to 400 million people across Africa. Eleven African countries started receiving their first batch in early August. This included five CwA countries: Togo, Ghana, Tunisia, Egypt and Ethiopia.”

He re-stated the bank’s commitment to ensuring that there were more vaccines in Africa.