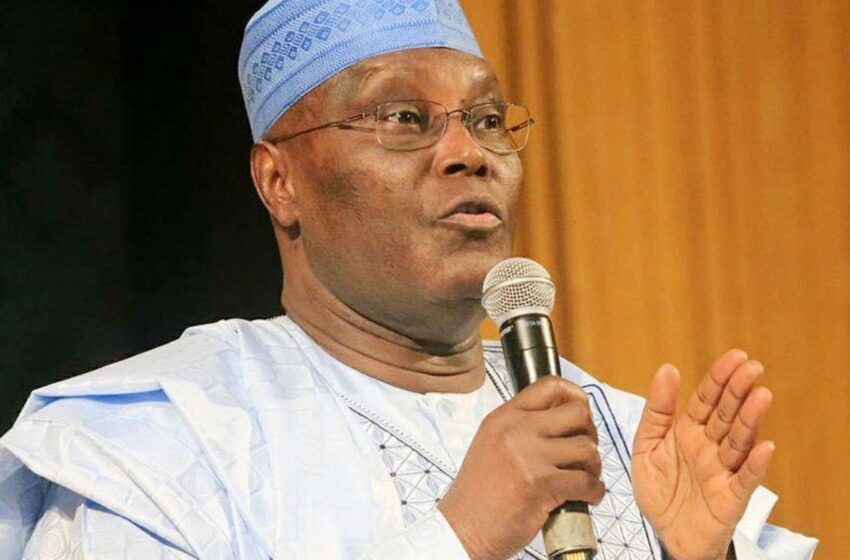 The presidential candidate of the Peoples Democratic Party, PDP, Alhaji Atiku Abubakar, has promised $10b for the prosecution of youth employment and empowerment of Small and Medium Scale Enterprises if elected president in the 2023 general elections.

He made the pledge in Ilorin on Thursday at the flag-off of his presidential campaign for the North Central geopolitical zone, held at the Metropolitan Square along Asa Dam Road.

Atiku further promised to address the issues of insecurity and the poor economic situation of the country.

He urged the party supporters and people of Kwara State to vote massively for PDP in the bid to rescue the country and reset it for positive growth and development.

The presidential candidate said: “We shall be in Osun State on Sunday for the inauguration of a brand new governor of our party, which will kickstart the takeover of the South West by the PDP in 2023.”

In his speech, former Senate President, Dr Bukola Saraki, charged Kwarans to put the party back to power at both state and national levels by voting for Atiku Abubakar and Yaman Shuaib Abdullahi respectively.

He said APC has failed at both the state and national levels, hence the need for the rescue operation to liberate Nigerians.

Dr Saraki said the people of the state have now seen the difference now between the two dominant political parties as the APC has failed to fulfil promises made to Nigerians and the people should make a better choice in voting for all the candidates of the PDP contesting all political positions in the 2023 general elections.

“It is time for us to kick out an incompetent and non-performing government like the APC and vote for PDP to reset Nigeria,” he declared.

Director-General of the party’s Presidential Campaign Council and Governor of Sokoto State, Alhaji Aminu Tambuwal, described the large turnout at the flag-off as impressive and urged that it should be translated to the victory of the party at next year’s elections.

He said the huge crowd that attended the campaign flag-off “is a powerful message to the APC in the state that the state belongs to PDP and the party is set to start the resetting agenda from Kwara State.

“We are set to hit the ground running to reset Nigeria from the poor economic situation, insecurity and unemployment as soon as we capture political power in February, ” he said.

National chairman of the party, Senator Iyorcha Ayu, described the PDP as one united family that would remain indivisible, adding that the party was ready to capture political power for the good of the country.

Chieftains of the party at the flag-off included, the vice presidential candidate of the party, Dr Ifeanyi Okowa, chairman of the Presidential Campaign Council, PCC, and Governor Emmanuel Udom of Akwa Ibom State, former Kwara State governor, Abdulfatah Ahmed, Governor Obaseki of Edo State and spokesman of the party, Dino Melaye among others.