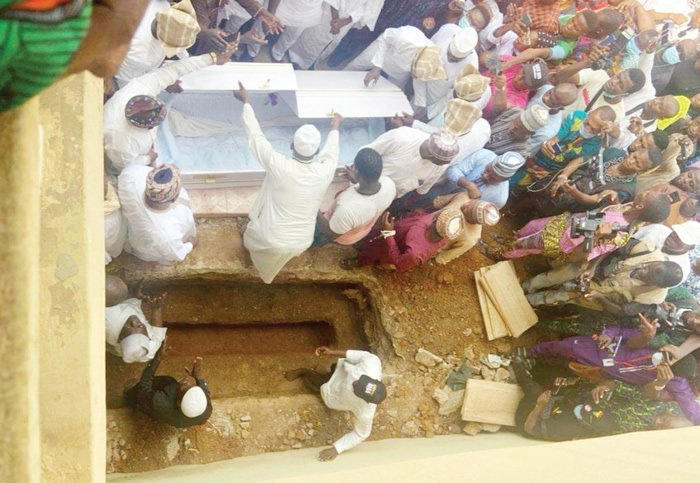 Babatunde Omidina, aka Baba Suwe, has been buried in his house in the Ikorodu area of Lagos State.

The actor died on Monday after a prolonged sickness and was eventually buried on Thursday.

Aged 63, Baba Suwe was interred around 11am inside his compound beside his late wife, Moladun.

Some of the theatre practitioners at the burial were the President of the Theatre Arts and Motion Pictures Producers Association of Nigeria, Bolaji Amusan, also known as Mr Latin; Yinka Quadri, Jide Kosoko, Femi Adebayo, Adebayo Salami, Fausat Balogun, aka Madam Saje, among others.

Meanwhile, a mild drama occured when the body arrived at the house in a white coffin, a woman, who claimed to be his first wife and identified herself as Ayodele, aka Suwe, said he would be buried in the coffin despite being a Muslim.

Speaking on why the burial was delayed till Thursday, Ayodele noted that the deceased was a celebrity who could not be buried immediately.

She said, “Baba Suwe is a popular person and we cannot just bury him like that and that was why his burial was delayed and also, some of his children were not around.

Also, his colleagues wanted to do a praise night for him, which was done yesterday (Wednesday).

However, when the Islamic clerics arrived, they noted that the deceased would not be buried in the coffin but was only placed in it to show that no organ was removed from his body and for people to pay their last respect to him.

The Islamic cleric, Sheikh Ahamad Alfulanny, who expressed his dissatisfaction with the family, noted that the delay of the burial was against Islamic rites.

He said, “There are so many things that the family has done that did not follow the Islamic way, like the way they put his body in a casket is not an Islamic way. Though Baba Suwe was a celebrity when he was alive, that does not give room for unnecessary things. Some people even said they want to take his body around, but the family has told us he would not be buried with the casket.”

Speaking with our correspondent at the burial, Mr Latin denied reports that the association abandoned the deceased while he was sick.

He said, “I was here when he was sick and I took him to LUTH; he was there for 26 days without paying a penny before he travelled.

“We paid his hospital bills in 2017 and 2019; individually, we tried as much as possible to do what was expected of us, but we cannot be doing something for our members and start broadcasting it. 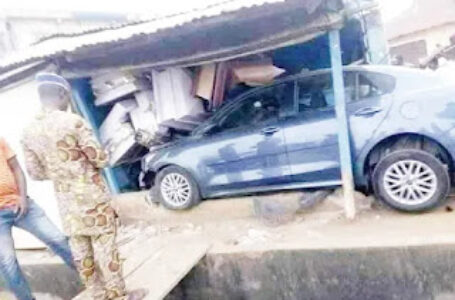 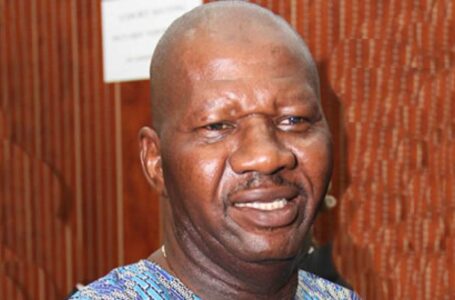 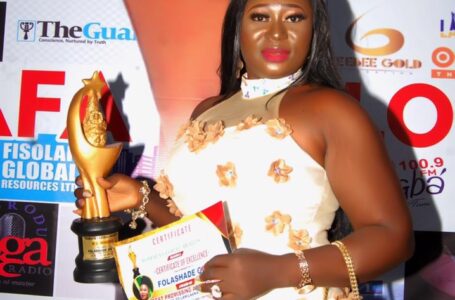