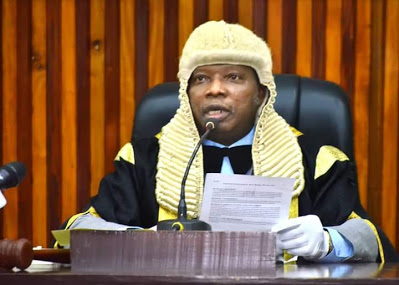 The Speaker of the Ogun State House of Assembly, Olakunle Oluomo, and his colleagues allegedly embezzled millions of naira belonging to the House, including forging the receipts of two filling stations, court documents filed before the Federal High Court in the state have shown.

The Economic and Financial Crimes Commission is investigating the lawmakers over a N700 million alleged fraud.

Documents showed that the Assembly, under the leadership of Mr Oluomo, had claimed to have spent the money on training and other “miscellaneous expenses,” according Premium Times report.

it was also understood that part of the money was also expended on the purchase of fuel from two fueling stations in Abeokuta.

On request, the Assembly had submitted receipts to the EFCC as proof that the spending followed due process.

Yazid Bawa, an operative of the EFCC who deposed to the commission’s counter-affidavit, said after analysing the receipts, they invited the lawmakers to come and make clarifications on some discrepancies observed.

Despite several letters to the lawmakers, Mr Bawa said they refused to honour the invitation.

According to the EFCC, the Assembly submitted receipts of fuel purchases from NNPC mega station and Ashkash filling station, both in Abeokuta.

It was gathered that the franchise of the NNPC mega station in Abeokuta is owned by former President Olusegun Obasanjo, while the immediate past Speaker of the State House of Assembly, Suraj Adekunbi, owns Ashkash filling station.

In their separate responses to the EFCC, it was seen that both companies clearly denied the receipts in question.

For the NNPC, through a letterhead by Obasanjo Holdings Limited (Mega station), the filing station responded saying, “Your letter dated January 24, 2022, on the above subject refers. We write to inform you that the receipts being investigated were not issued by our filling station.

“Please find attached copies of the receipt we issued in 2018,2019 and 2021 which differs from those in question. We hope this addresses your concern.”

Also, Ashkash on its letterhead, Ashkash Nigeria Limited, responded that, “Sequel to your letter with reference no CR: 3000/EFCC/LS/CMU/OG Vol 1/63. Dated January 24, 2022.

“We have painstakingly and extensively gone through our records, nothing of such exists in our transactions records. By this, we did not know anything about the receipts sent for investigation. Thanks for your usual cooperation.”

The EFCC said it had received intelligence that principal members of the House connived to divert for personal use N700 million allocated for the running of the House of Assembly.

The agency said preliminary investigation into the intelligence showed there are “criminal schemes perpetuated inside the Ogun State House of Assembly by its members and officials including but not limited to forgeries of documents, falsification of financial records and diversion of public funds by some elected members and civil servant.”

The agency further said the financial records of the House were falsified in order to retire public funds the lawmakers had diverted or wanted to divert for their personal use.

“Investigations have also revealed that some corporate entities that purportedly issued some invoices and receipts to the plaintiffs do not exist even though these receipts and invoices were used by the plaintiffs and their cohorts to justify the disbursement of funds.”

The EFCC accused the lawmakers and their agents of threatening some possible witnesses that would help the agency in its investigation.

The commission denied claims that it was being used by Oludare Kadiri, the impeached Deputy Speaker of the House, adding that it was not aware of the political differences between the House and Mr Kadiri.

The House had impeached Mr Kadiri last year over allegations of gross misconduct.

The lawmaker had also accused his colleagues of forging his signature to swindle the Assembly of about N50 million.
(Premium Times) 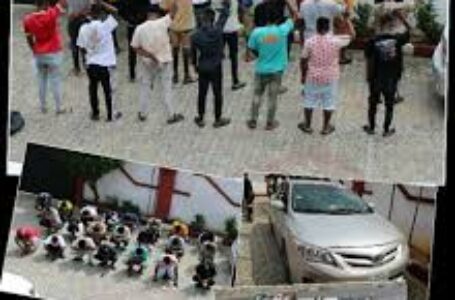 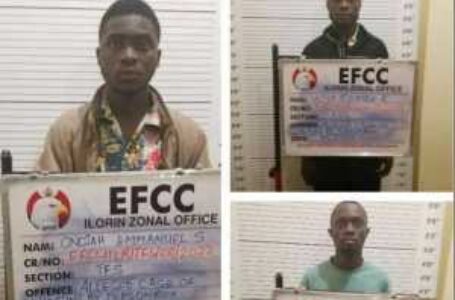 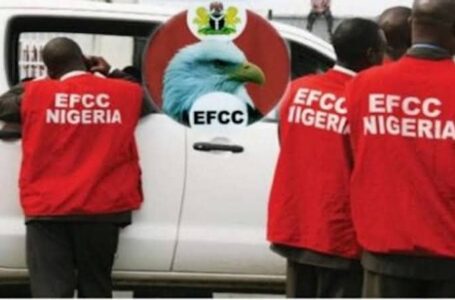