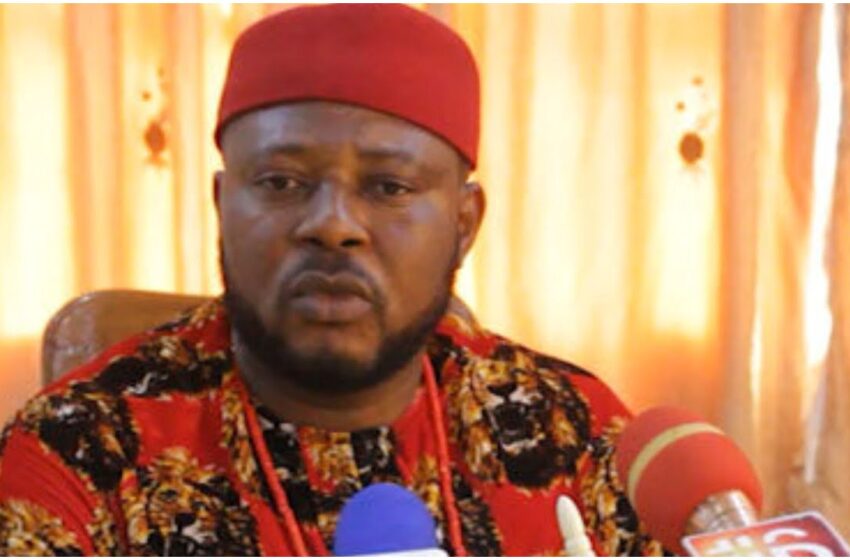 Apex Igbo socio-cultural organization, Ohanaeze Ndigbo has alleged that there is a grand plot to keep Senator Ike Ekweremadu away from Nigeria owing to the 2023 general elections.

It, therefore, asked the Economic Community of West African States, ECOWAS, to intervene and ensure the immediate release of the lawmaker.

The former Deputy Senate President is currently being held in the United Kingdom where he is facing trial for alleged organ harvesting.

While his wife Beatrice has been granted bail, the lawmaker is still behind bars.

The National President of Ohanaeze Ndigbo Youth Council Worldwide, Mazi Okwu Nnabuike said it was unjustifiable that the United Kingdom authorities had no regard for Ekweremadu’s diplomatic passport.

While wondering whether there were different laws for Africans, Ohanaeze said no citizen of the UK with a diplomatic passport would be so treated in any African country.

He said, “our enquiries clearly show that the offence for which Ekweremadu was charged is bailable. In addition to this, he has diplomatic immunity, but the UK has ignored all these and chose to perpetually keep him in detention.

“This is also despite the fabrications of lies in the statement of the alleged minor, David Nwamini, which have all been since exposed.

“We have no option than to believe the story that his trial has been heavily politicized by certain interests who are bent on keeping him out of the way ahead of the 2023 general election.

“There is every indication that his ordeal cannot be divorced from domestic politics considering the manner Nwamini has acted so far; he is no doubt under a serious influence.

“It is quite sad and curious that the UK Government, which should show the limelight on democracy, is allowing itself to be used. We ask: why is Ekweremdu being treated as a convict? Why the long adjournment? This is where the conspiracy theory meets.”

The Igbo group called on the ECOWAS parliament, the National Assembly and the Federal Government to demand the immediate release of the Senator.

“We expect that the Speaker of the ECOWAS parliament, Rt. Hon. Sidie Mohammed Tunis should speak up and demand Ekweremadu’s release as a former Speaker of that parliament.

“The Federal Government of Nigeria and indeed the National Assembly should also prevail on the UK Government to transfer Ekweremadu’s case to Nigeria. We know how individuals with diplomatic passports are treated and why it has not applied to Ekweremadu is beyond our comprehension,” Ohanaeze lamented.