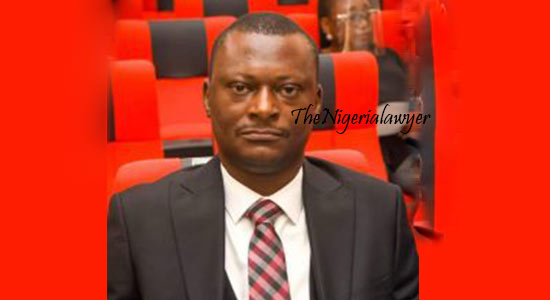 The former Commissioner for Justice and Attorney-General of Ondo State, Sir Charles Titiloye, has reacted to the press statement of the Nigerian Bar Association, Akure Branch and Kayode Ajulo, Esq., regarding their statement on one Pelumi Fagboyegun who accused the Honourable Justice Akeredolu, the Chief Judge of the state, of influencing his detention for 3 years

Titiloye, in a statement made available to TheNigeriaLawyer, said contrary to the statement of Akure NBA Branch and Ajulo, Hon. Justice Akeredolu was afforded fair hearing because he went to her office and did not meet her but she was represented by the Chief Registrar

Furthermore, the former AG said the Chief Judge is not above the law and by section 128 of the constitution of the Federal Republic of Nigeria, 1999 (as amended), she can be investigated by the Ondo House of Assembly.