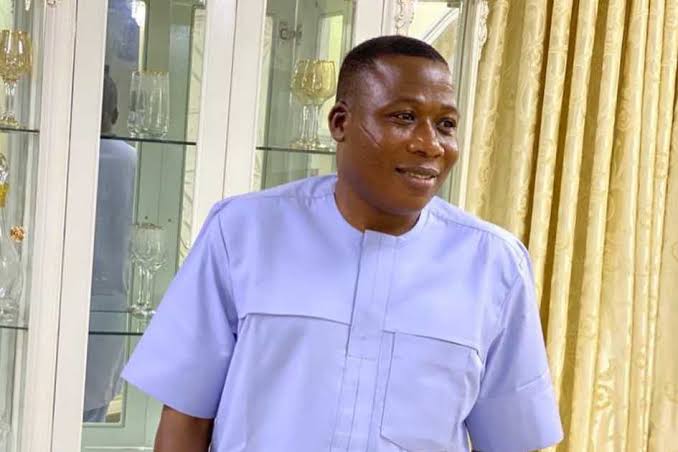 1. He wants Fulani herdsmen that terrorize farmers, spoil farm produce, rape women on the way to the farm and kill farmers who challenge them to quit roaming the forests in the southwestern region of Nigeria (Yorubaland)

2. He wants to stop the advance of the criminal Fulani bandits imported by the Buhari and El Rufai led administration from Niger and Mali to run over Yoruba from their ancestral land to fulfill what they term their God-given prophecy as the whole Nigeria is a conquered land already given to them by Allah.

3. He wants the sovereignty and territorial integrity of the Yorubaland fully recognized.

4. He wants the Nigerian border at ìdí ìrókò, the boundary between Lagos southwest and our kinsmen in Benin Republic opened the same way the borders in the northern part of Nigeria is opened to the kinsmen of the Fulanis in the north.

These are his “crimes” against this federal government.

In dealing with these “crimes” of his, the federal government sent an assassination team of the combined forces of the country’s DSS and the Military in the midnight to either kidnap him or kill him.
He managed to escape but they killed two out of the men that they met in his house and arrested the rest of them, including a cat. It is their thought that Sunday Igboho might have turned into the Cat.

The country is seriously battling with the menace of banditry occasioned by the influx of militant Fulani from desert region in search of lands to conquer. The president is a known tribalistic man whose sentiment will ALWAYS be towards his Fulani kinsmen.

Owingto this fact, he will be willing to support his kinsmen who need lands that they can call their own, so instead of protecting the territorial integrity of Yoruba lands and the entire southwest, he will use his position as the commander in chief of the country’s armed forces to advance the cause of his Fulani kinsmen.

This much is clear from his body language right from the days of Ex President Goodluck Jonathan in the fight against Boko Haram, the terrorist organization based in the northern part of Nigeria.

­While the then government was determined to fight the insurgency, this present president said and I quote “an attack on Boko Haram is an attack on the North”. This is to show that he is fighting for the preservation of the terrorist organization.

This same president is in this country where a Sheikh is given presidential escort into the hideouts of criminal Fulani Bandits in the forests on the Nigerian territory but a sting operation to flush out the bandits has NEVER been ordered, Yet, efforts are being made to attack a law abiding citizen who is being vocal about the strategic invasion of his ancestral land as it is being planned by the Fulani tribe in conjunction with the Fulani head of state that Nigeria has.

President Buhari has two years in office to complete his tenure, that is a very long time for criminal bandits in the forest to perfect and hatch their plan to unleash terror on unsuspecting Yoruba people including all the remaining tribes in the southern part of Nigeria if their activities are left unchecked.

It is clear from the body language of the President that the bandits’ activities will not be checked as their spokesman, Sheikh Gumi is consistently saying to the government to pay the Bandits in order for them to stop their criminal activities.

If the combined effort of the nation’s military apparatus will not be able to defend the lands of the country against the criminal bandits, what then is the essence of the Commander in Chief? Shouldn’t he be on the impeachment process due to lack of competence?
If his security apparatus boasts on national TV to having killed Nigerian citizens that weren’t convicted of any crime in a gestapo operation at his order, isn’t such crime impeachable under a democracy?

The people of the Nigerian senate, judiciary and even the traditional council of kings seem to be afraid of challenging the authority of Mr. Buhari, perhaps because they know of the presence of heavy militarily equipped bandits in the Nigerian forests who are simply waiting on the orders of Mr. Buhari and the Fulani cabbals to advance and wreak havoc on the nation. Maybe this is why all these establishments that are meant to check the president are being careful.

Should we then wait for two years for Buhari’s tenure to end and hope that the criminal bandits will naturally leave the forests back to where they came from or should we take on the government and the bandits in order to stop them from hatching their plans of taking over the lands which belongs to us?
This is a question for the Southern Nigerian Youths to answer.

Will the traditional rulers of the Southern part of Nigeria speak on this matter and let us know what to do? It is EVIDENT that an evil is living with us in the country and the president of this country is the commander in chief of that evil force.
What do we do? 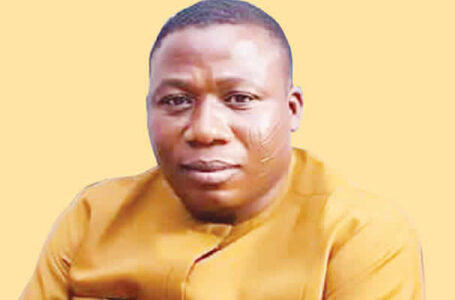 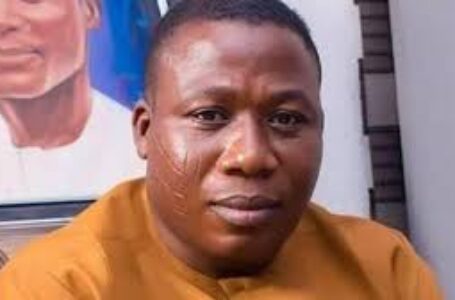