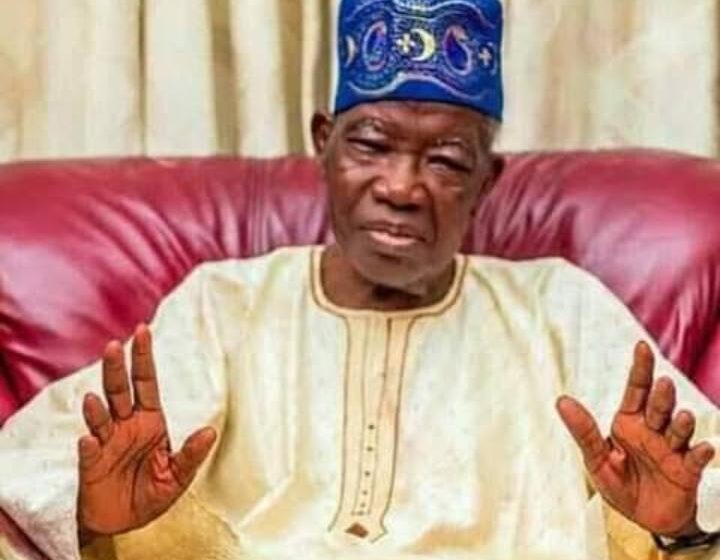 The National Leader of the All Progressives Congress (APC), Asiwaju Bola Tinubu has spoken on how the former governor of Lagos State, late Lateef Jakande, refused to be Nigerian President by rejecting the offer to run for presidency.

Tinubu said this on Friday at the fidau for the deceased at his Ilupeju residence, describing the first civilian governor of the state as the most progressive individual who has ever lived in Nigeria.

He said: “Jakande refused to become president. He said ‘I don’t want to be president in the midst of chaos’.

“We are lucky to draw from his fountain of wisdom and knowledge.

“We can’t beat his records because he is already a martyr but we will pursue our dreams and mission with our vision.”