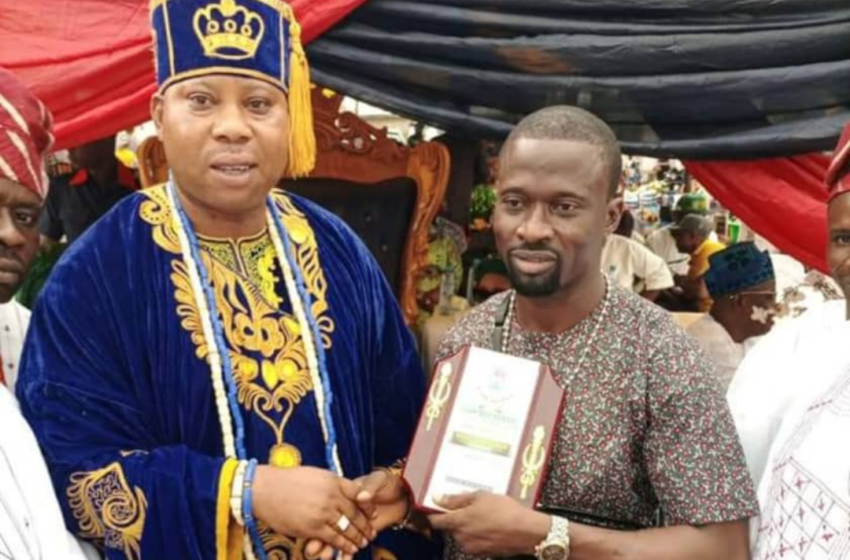 The Abeokuta Ogun state born music star, was on bandstand at the anniversary of Team Arolagbade, the pioneer Royal Club in Orile Ifo.

The musician recieved his recognition award as an Outstanding Music Ambassador from Kabiesi, Alayeluwa, Oba Adewale Ogunjobi just before he mount the stage and was very proud of it coming from the royalty. The event was the anniversary and award ceremony for Team Arolagbade on Saturday April 3rd.

Team Arolagbade is arguably the most celebrated Royal Club in the palace of Olorile of Orile Ifo, Oba Abdul Semiu Adewale Ogunjobi.

There are quite a number of Royal Clubs within the palace but, Team Arolagbade, under the chairmanship of Comrade Ismael Kareem, standout.

The Ogun State First Class Monarch is billed to cekebrate his 5th coronation later this year. 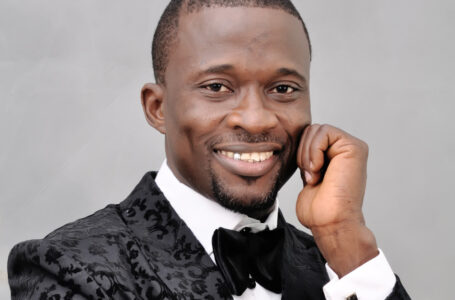