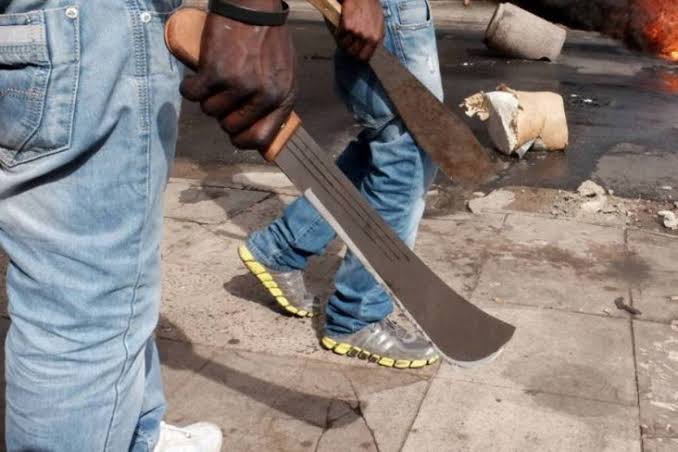 Following the hacking to death of six persons in separate attacks in Ogere between Wednesday and Saturday by yet – to -be identified person suspected to be a drug addict, residents of Ogere, Ilisan, Iperu – Remo and the surrounding communities in Ikenne Local Government Area of Ogun State feel angst that the community is no longer safe for them.

The mystery suspect, who stalks his victims with cutlass and hacking them down in a surprise attack, allegedly killed two private guards working at an animal care based firm in Ogere Remo.

He was said to have also hacked another elderly Togolese on Thursday and another boy in Ogere on Friday night.

He allegedly attacked three others said to be passers – by with cutlass on Saturday, hacking them to death at Iperu – Remo, the home town of Governor Dapo Abiodun of Ogun State.

The development forced residents of the two communities and the Police to launch a manhunt for him but he had remained elusive as of time of filing the report.

It was gathered that residents of Ogere, Iperu – Remo and Ilisan have since been calling their loved ones within the local government, warning them to stay indoors and be more vigilant over a rampaging killer wielding machete and knife, looking for his next victim.

A resident of Ogere, who does not want his name in print, said people were suspecting a cultist and drug addict, who once lived in the community as responsible for the killings.

The resident revealed further that the mystery suspect started showing signs of one having drugs and psychiatric issues after joining a cult group while in a higher institution in the state, claiming he was a patient at the Federal Neuro-Psychiatric Hospital, Aro, Abeokuta at a time but fled the facility and returned to Ogere community to become a hell for the indigenes and residents.

The Ogun State Police Command’s Public Relations Officer, Abimbola Oyeyemi, when contacted, said he was aware of someone attacked with cutlass and that the victim had been taken to the Teaching Hospital of the Babcock University, Ilisan.

He, however, said he had no information yet if anybody was hacked to death.