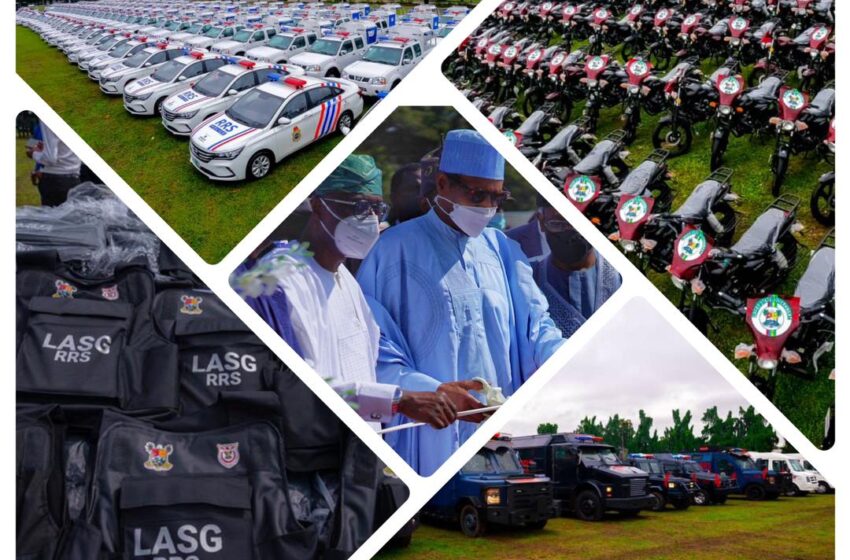 Lagos State Government has tightened the noose on criminal elements as Governor Babajide Sanwo-Olu fortified the armoury of the State Police Command with new hardware and gadgets.

One hundred and fifty units of double cabin vehicles, 30 patrol saloon cars, four high-capacity troop carriers and two anti-riot water cannon vehicles were part of the crime-fighting equipment donated to the police on Thursday by the Governor to strengthen security responses across the State.

President Muhammadu Buhari personally took inventory and commissioned the security equipment before Governor Sanwo-Olu handed over the equipment to the Inspector General of Police (IGP), Usman Alkali Baba, for the use of Lagos Police Command.

The gadgets were procured through the Lagos State Security Trust Fund (LSSTF) – an autonomous agency that partners with the private sector and individuals to provide vital support to security agencies.

Buhari said the equipment would go a long way in boosting the morale of the police, and enhance their capacity to fight crime and combat criminality.

Sanwo-Olu said the investment in the security gadgets was timely, given the setback recorded in security operations occasioned by the coordinated violence that followed the EndSARS protests, last October. The State’s Police Command, the Governor said, suffered losses in infrastructure and logistics, while the morale of the personnel dropped as a result of the impact.

Since then, the Governor pointed out that Lagos had felt the negative effects of the loophole in security architecture, accounting for a rising wave of criminal activities by hoodlums seeking to take advantage of vulnerability.

He said: “No society can survive without a motivated and well-equipped Police Force. Hoodlums and criminals know this; hence, the relentless attacks on police installations nationwide. It is our responsibility as Government to ensure that criminals’ nefarious aims are not achieved. They seek to demoralise and destabilise the police and other law enforcement agents, but we will continue to boldly proclaim, ‘Not on our watch’!

“Today, Lagos State Government is handing over brand new crime-fighting equipment to the State Police Command as our own way of assisting the Police Force to rebuild after the violence and massive destruction that followed the EndSARS protests last October. We are determined to stabilise the security situation in Lagos State, as our own contribution towards lasting national security.”

In addition to the supply of hardware to the police and other security agencies, Sanwo-Olu said Lagos Government had been building capability in cutting-edge security technology in line with his administration’s Security and Governance pillar, which seeks to transform the State into a 21st century economy.

The Governor said the State Government had started the phased rollout of security cameras across the metropolis, stating that the objective was to install the 2,000 surveillance cameras connected to fibre optic network.

The Governor vowed to make Lagos inhospitable for criminals and traffic robbers, charging the police not to spare anyone found wanting for armed robbery, kidnapping, cultism and banditry.

He said: “State Government, in conjunction with the Local Government, has expended enormous resources on the crime fighting equipment and other apparatus being handed over today. I urge the police to do everything in their power to ensure that these assets are handled with care and a sense of true ownership and responsibility, so that the gears can last long and maximally deliver the intended outcome, which is sustained security in Lagos.”

Sanwo-Olu used the occasion to, again, make a request for a “Special Economic Status” for Lagos in order to bolster the State’s capacity and efficiency in managing critical infrastructure servicing the national economy. The Governor thanked the President for infrastructure projects sited in Lagos, saying the Lagos-Ibadan Railway line commissioned by the President remained the most momentous any Federal Government has made in the State.

President Buhari praised Sanwo-Olu for the investment, saying the Governor had shown a true resilient spirit in the face of the massive destruction Lagos suffered last October.

Buhari said the Governor did not allow himself to be deterred by the severe setback, instead had started to boldly rebuilding the confidence of residents and investors in the State.

He also acknowledged the ‘Rebuild Lagos’ initiative kick-started to replace assets torched by arsonists in the wake of violence, describing the move as “very laudable”. He enjoined other State Governments to emulate Lagos “bold and proactive actions”.

The President said: “Let me commend Lagos State for what it is doing in the areas of reinforcement and support for the security agencies in the State. I also commend all the private sector partners who have risen up to the challenge and partnered with the State Government in its ongoing battle to quell the upsurge of crime and insecurity. It is my hope that this public-private sector partnership will be an example to others to demonstrate similar acts of generosity and responsibility.”

The IGP commended Lagos State Government for the gesture, describing Sanwo-Olu as “a security conscious” Governor. The police boss said the donation was a game changer in strengthening security in the Southwest region. 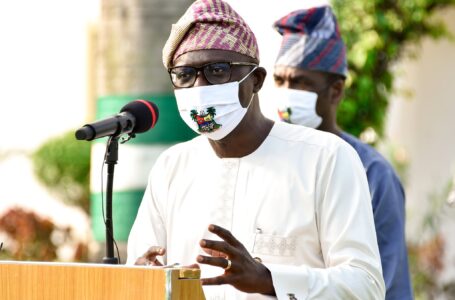 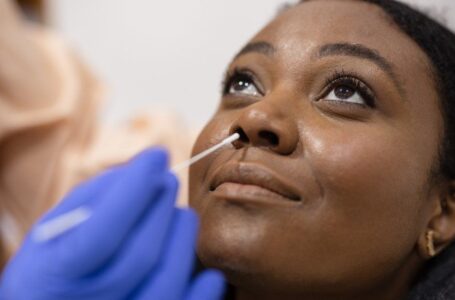 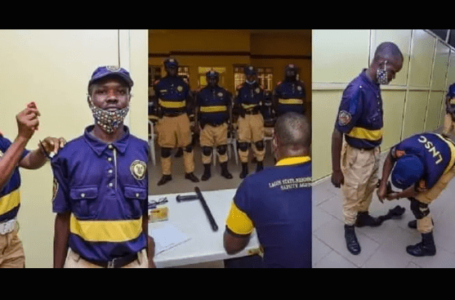