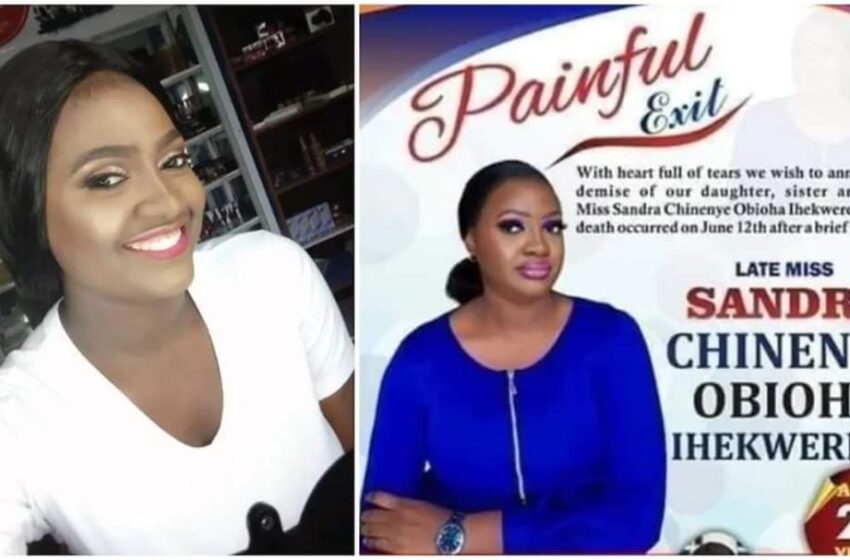 Family and friends of a young Nigerian lady identified as Chinenye George Sandra have been thrown into mourning following news of her death.

The 22-year-old, according to information on the burial poster, died on June 12, 2020, after a brief illness.

She will be buried on July 3. Sandra’s death comes to many who knew her and were friends with her on Facebook as a shock.

Barely two months before her death, the young lady had made a post about dying during the lockdown.

Before the sickness, Queen Cassandra Angel had posted on Facebook

In her words: “If I die during Lockdown no need for autopsy. Na yam and red oil and garri with salt kill me.”

As at the time, many people took it as a joke and thus reacted to the post with laughter.

Following the news of her death, many have become convinced that there is power in the tongue.

One of such persons is Facebook user, Ebeh Nnaemeka Ebeh, who took to the platform to mourn her, while cautioning people about the things they say.