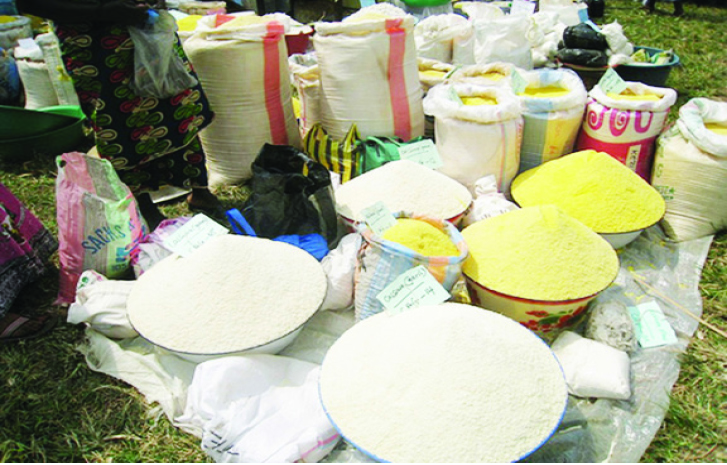 Protesting buyers at Oregbeni market in the Ikpoba-Okha Local Government Area of Edo State on Thursday pounced on sellers of garri in the market. They beat and forced them to reduce the cost of garri which had been increased by over one hundred per cent above the normal price.

Following the partial lockdown imposed by Edo State government as part of efforts to contain the spread of novel coronavirus, the price of garri rose from N1, 600 to N2, 800 per plastic while a bag which was N8000 before now rose to between N12,000 and N15,000.

The residents, who had remained indoors, went to the market only to find the prices of food items beyond their reach. Costs of food at road side canteens also rose from N100 a plate of rice to N150.

But the residents, angered by the sudden increase in the price of food items in the market, compelled the market women to reduce the prices.

The situation later became rowdy as more customers in the market gathered to protest the price hike and later pounced on the market women and beat them up.

Following the outbreak of violence in the market, the market women association immediately met and reversed the prices of all the food items to the old prices.

A resident, Mr Osaze Okunbor, who witnessed the incident, said it was unfair on the part of the market women to increase the cost of food items knowing that people could not go to work again because of coronavirus.

“It was a tug of war, we begged the market women but they claimed that they were selling what they bought. We wondered why the price of food items would suddenly go up within such a short period,” he said.

According to Okunbor, a lot of people were happy by the action of the youths which resulted in the reversal of prices of food items.

“How can we survive as a country if we continue to treat ourselves this way? Tell me, is garri an imported food item that its price suddenly jumped up? I mean this is absolute rubbish,” he said.

Efforts to get the police reaction on the incident proved abortive as the state Police Public Relations Officer Mr Chidi Nwabuzor, did not pick his calls and neither replied the message sent to his telephone on the incident.