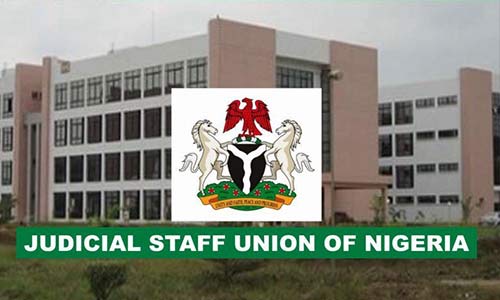 The Borno State Chapter of the Judiciary Staff Union of Nigeria has said that it will not shut down courts due to the pledge by government of the state to comply with whatever agreement the union reaches at the national level.

In a resolution signed by the Secretary of the State’s Union sighted by TheNigeriaLawyer, the executive committee also said that the government has pledged to look into their salary problems

“The JUSUN EXCOs Borno State is in full solidarity with the National Body over the issue of nationwide strike in order to press home the implementation of the financial autonomy for the State Judiciary.

It added, “Therefore the EXCOs hereby resolved not to close the Courts as a result of the understanding on the side of the government and the lingering security challenges facing the state.”