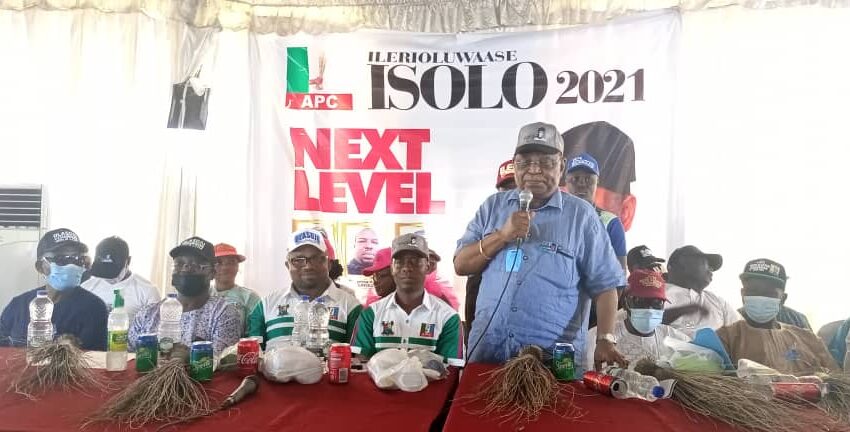 All Progressives Congress (APC), Isolo said it is ready for the Saturday election having toured round the community campaigning for votes which was rounded off yesterday, Thursday, July 22 in compliance with the directive by the Lagos State Independent Electoral Commission (LASIEC) that political parties must end their campaign activities 48 hours before election.

The electoral umpire has clearly stated in its guideline that the electioneering campaign must end on Thursday, 22nd July by 6 pm.

At the party’s grand finale of the campaign activities held at Hillcrest Events Center, Okota, the Fuji maestro, King Wasiu Ayinde Marshal, who also graced the occasion appreciated the party members and community leaders in the council area.

He appealed to members of the party who are still aggrieved to put their grievances behind them and support Olasoju in the interest of the party.

He, however, showered prayers and blessing on Olasoju, wishing him successful administration in anticipation of his victory at the poll.

He briefly thrilled the party members and members of the community with fusion of light-tempo Fuji music just as Wasiu Alabi (Pasuma) and AdukeGold had earlier interchangeably done.

APC party leaders across the state and within the community, community leaders, market leaders, religious leaders, ethnic leaders and electorate came together to rally support for the party’s candidates.

The chairmanship candidate of the party is the incumbent Vice Chairman, Hon. Adebayo Olasoju while his running mate is the former two-term councillor of Akinbaiye Ward, Hon. Shakir Sadiq Adeola.

The two other councillorship candidates are incumbent secretary of person’s with physical disability in Lagos State, Hon. Yusuf Agbabiaka and Hon. Babatunde Idris Amusa who are hoping to represent Apena and Akinbaiye Wards respectively.

The party’s campaign activities officially commenced on Tuesday, July 6, few days after the formation of a campaign committee with Omotayo Jamiu as the director general.

Okota Ward mega rally preceded the grand finale yesterday, just as members of the party across all wards trooped out from various communities in the council area to converge on Hillcrest Event Centre to round off the campaign activities.

The APC LGA Chairman, Barr. Gani Bello, urged the candidates to be vigilant and security conscious during the election as he solicited massive support for the victory of Olasoju and the councillorship candidates.

Ajomale urged Olasoju and the councillors to work assiduously for the development of the council area by delivering dividends of democracy to the residents of council area.

Prince Habeeb Adeshina Farombi, in his remarks, urged Olasoju to work closely with the party, the leaders and elders.

He explained that Olasoju’s benevolence and his uprightness has earned him the opportunity and support he is riding on as he urged him to keep up with the good character that has earned him the party’s ticket and justify the confidence reposed in him by the party and the electorate in the community.

Also speaking, the Special Adviser to the State Governor, Babajide Sanwo-Olu, on Drainage and Water Resources who doubles as the Apex Leader of Ndigbo in APC, Engr. Joe Igbokwe, said the council area is the home for the Igbos in the state hence, the heavy presence of the stakeholders of the group at the gathering.

He promised unyielding supports of the group for Olasoju and other candidates of the party in the election, stating that the group is out to make a statement and leave an indelible mark in the sands of time in Oshodi-Isolo.

He charged members of the group to intensify their complimentary activities and massively mobilize for the success of the party at the polls.

The lawmaker representing Oshodi-Isolo Constituency II at the Lagos House of Assembly, Hon. Jude Idimogu, and the State Chairman of Igbo Stakehokders’ Forum, Prince Nixon Okwara, emphasised that the local council election and the fast-approaching 2023 election will be a walkover for the party.

Okwara, therefore, appealed to Olasoju to live by his words and foster the relationship with every stakeholder.

He explained that the open-mindedness of the former state chairman of the party, Otunba Henry Ajomale, has won the hearts and loyalty of Igbos to APC, assuring that the Igbos are resolute and firm on their promises.

Similarly, the Member of the House of Representatives representing Oshodi-Isolo Federal Constituency II, Hon. Ganiyu Johnson, urged Olasoju to operate an inclusive governance, noting that he has the window of opportunity to further solidify the inclusiveness of his administration when forming his cabinet as he emphasised that some members of the party are yet to be reunited, saying he should use available opportunity to have sustainable peace needed to run a successful government.

The General Manager of Lagos State Office for Disability Affairs (LASODA), Mr Oluwadamilare Ogundairo, appreciated the party leadership in the council area for considering the physically challenged in the community for a political position just as the former state governor, Asiwaju Bola Ahmed has established.

He explained that the emergence of Agbabiaka as the party’s candidate for Apena Ward has made the council the pioneer LCDA in harnessing the ability of the persons with disabilities, insisting that PWDs have roles to play in the development of the country. 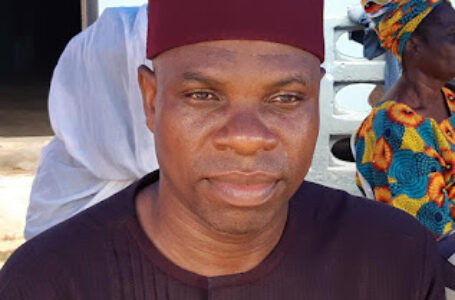 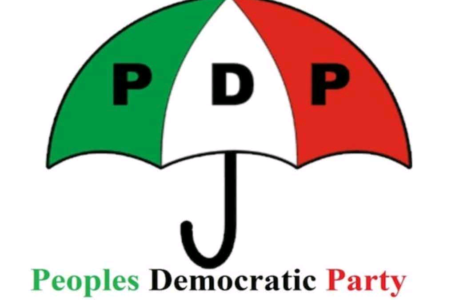 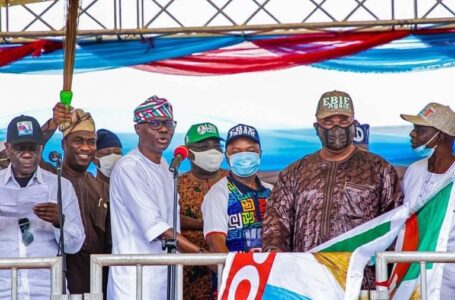