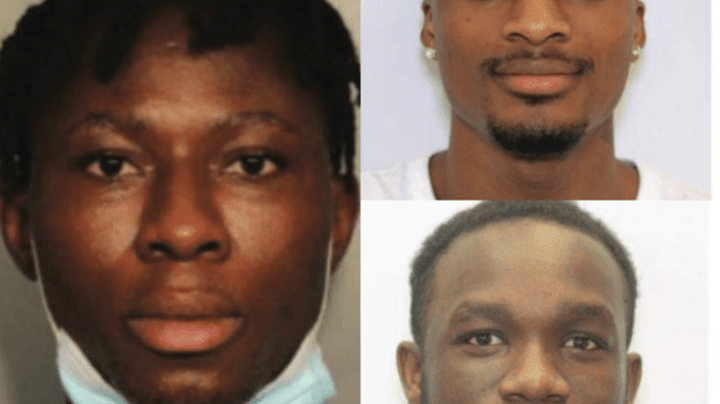 Three Nigerians have been arrested by the FBI over alleged fraud in the United States of America.

Security cameras attached to Automated Teller Machines (ATM) in the United States of America helped captured the Nigerian youths who fraudulently obtained more than $1.4 million (about ₦580 million) jobless benefits from the states of Arizona, California, North Carolina, and Maryland.

The suspected Internet crooks used an address in Hyattsville, Maryland, to rake in about $1.4 million in unemployment benefits from California, Arizona, Maryland and North Carolina. At least $1.2 million of the theft was received from California’s Employment Development Department alone.

The trio filed about 200 unemployment claims with California’s EDD using a single address on 75th Avenue in Hyattsville, and the department was deceived into approving 97 of the claims, according to a complaint filed by John C. Collins, a special agent with the U.S. Department of Labor.

Mr Collins said the ring was jointly investigated by the FBI, Department of Labor’s Office of Inspector General and state law enforcement authorities.

“Based on the size of the apartment, the investigation has concluded that a high number of UI applications associated with this address is unreasonable, and thus an indicator of fraudulent activity.

“(Bank of America) records show that 142 UI claim profiles using the 75th Avenue apartment address issued a total of 175 prepaid cards from the states of Arizona, California, Maryland, and North Carolina,” Mr Collins said in the complaint filed in California.

The suspects filed claims that they had lost jobs as an accountant, dance therapist, computer consultant, librarian or other occupations, and used untraceable IP addresses, the complaint said.

The funds the young men fraudulently obtained were depleted through purchases, transfers, and ATM cash withdrawals conducted in California, Florida, and Maryland, according to prosecutors. ATM withdrawals alone amounted to over $989,000.

Bank of America (BofA) records show that, on or about July 19, 2020, an individual appearing to be Adeyinka based on a comparison with his driver’s license photo, withdrew $1,000 cash using BofA-EDD debit card ending in 2312 in the name of K.K. at the Landover Hills Bank of America ATM located at 7515 Annapolis Road, Hyattsville, Maryland.

More BofA records show that, on or around July 5, 2020, an individual appearing to be Bakare based on his driver’s license photo withdrew cash using the 7990 BofA-EDD debit card at a BofA ATM located at 10200 Lake Arbor Way, Mitchellville, Maryland.

Also, footage from Bank of America shows that Sangode’s Hyundai (MD license plate 3DS7400) was surveilled at a BofA drive-through ATM located at 3413 Kenilworth Ave, Hyattsville, Maryland. The driver of the vehicle resembles Sangode based on a comparison using his MD driver’s license photo, the indictment says.

There were other such withdrawals at different dates in which all three individuals were identified.

Federal authorities said they observed that international scammers and con artists were taking advantage of the high volume of COVID-19 cheques being sent out to cushion the effect of the pandemic amongst Americans.

Angie Barnett, President of the Better Business Bureau of Greater Maryland, said some sources estimate this type of fraud has gone up 3,000% since the coronavirus 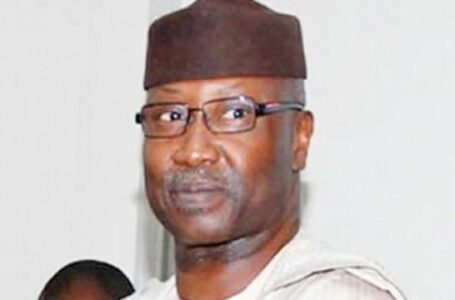 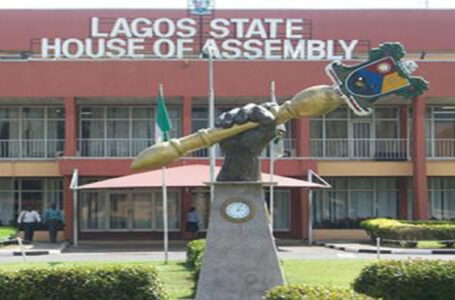