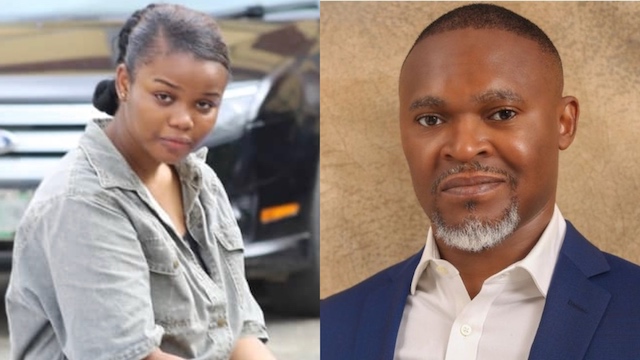 The proliferation of false stories in the media aside, the emergence of the plethora of interviews with the prime suspect would not have been possible without the express permission of the Nigeria Police, in whose custody the suspect had been awaiting trial, presumably at the end of the investigation.

There are those who will argue that the Nigeria Police is unfit for purpose, but that is a topic for another day. Crime Fighters who are supposedly the Nigeria police’s answer to the British Metropolitan, American and Canadian police’s ‘Crimestoppers’, for inexplicable reason(s), jumped headfirst into the deep end of the murky waters of this despicable media circus by recording and releasing yet another ill-advised televised interview with the suspect to add to the potpourri of interviews and media garbage on the suspect and case out there.

One would have thought Crime Fighters, just like Crimestoppers, if they had to wade into an ongoing Police investigation would have done so, specifically for the purposes of assisting the ongoing Police investigation, especially in soliciting for new evidence or perhaps, anonymous information from the public to aid identification and apprehension of wanted suspects. It had been public knowledge that the Police had stated they were looking for the suspect’s co-conspirators, who were still on the run.

The crux of this Crime Fighters programme was that the prime suspect had yet again done another turnaround and this time to claim that she knew absolutely nothing about the murder. She had earlier, on different occasions owned up to and even previously described in detail how she did it, what time of the day it was done, what type of knife was used, the condition of the murder weapon and afterwards how she got rid of it and other specific details that only a participant would know. Now thanks to Crime Fighters, was presented with a national and respected law enforcement platform to carry out her dastardly attempt at recanting her many confessions. Whoever is giving her assurances is doing a great job, because she was so relaxed and unperturbed in the video, very much unlike anyone facing an almighty murder charge; apart from being remorseless, she clearly believes that she will beat the murder rap.

Read More  Police arrest 109 for illegal entry into Nigeria, hand them over to NIS

This recorded television interview was purportedly conducted by the in-house Police public relations/media team, with the prime murder suspect supposedly in Police custody, but who appeared to have had the services of a stylist. A complete makeover replete with change of clothes and a new hairdo, which incidentally was fuller as opposed to the straightened style she sported when she was arrested, with a brown tint and specially styled to cover her right eye and part of her face, comfortably seated with a darkened background that accentuated her presence and actions.  She laughed, giggled, and smiled with such a nonchalant demeanour of softly spoken assuredness that a viewer may mistake this for a Big Brother Nigeria or B list Nollywood casual media meet and greet, as opposed to the profoundly serious case of murder that it is.

Spare a thought for the children and loved ones of Usifo Ataga, who will watch the confessed murderer of their dad and loved one, laughing in their faces as the Police/crime fighters that should be investigating her, glamourized her.

To put things in perspective, the owner/manager of the short-let apartment the alleged murderers of Usifo Ataga rented for their dastardly act, spent close to a week in police custody, from the date she reported finding the body until the suspect was arrested. Though according to the Police, she was not being detained on suspicion that she had committed the murder and was the one who reported the matter to them, yet her pristine bone straight hair was so disheveled due to the rough conditions she was confined to, that even the poor condition of her hair became a talking point. How come when the culprit, the prime suspect, a self-confessed murderer was finally apprehended, she was treated more leniently and specially by all indications than the hardworking lady who apparently had no direct culpability in this crime but had the singular misfortune of having these murderers choose her short-let apartment as their torture and murder chamber?

The prime suspect had claimed in this same video that she called the owner/manager of the apartment to ask her to check up on Mr. Ataga. Would it not have been appropriate, and as a matter of good documentary practice, mandatory for Crime Fighters to have contacted the same owner/manager to get her version and juxtapose same? Why was she not included in the video so she could refute such to the world and detail the suspect’s lies and efforts employed to the contrary, to keep her from discovering the crime? Why did they rush to present only this suspect’s version?

This blatant quest to present only the suspect’s narrative is further evidenced in either the deceptive or poor editing of the video. Usifo Ataga’s first cousin and close friend interviewed for the programme were purportedly approached and convinced to appear on the programme by the Police. They sought and were given assurances that they were being interviewed by the Police’s public relations team from Abuja for their inhouse records purposes only. They were further assured that it would not be publicly shared, and they believed them, so felt relaxed, and cooperated. They were expressly asked about drugs and took great pains to explain that Usifo Ataga as everyone close to him knew, did not do drugs, but rather painstakingly brought to the fore the great attributes of Mr Ataga.

To their utter dismay and incredulity, the video was released to the public against express assurances that it would not be, and after it was inexplicably edited to remove all of what they said about Usifo not doing drugs but included the suspect’s spurious tale that he took drugs. Why? If the programme wished to tackle the issue of the deceased’s character and person and wished to include the suspect and the victim’s first cousin and close friend, would it not be appropriate to juxtapose their answers on same issues to give the viewer a balanced presentation instead of purposefully or inadvertently, skewering the narrative by presenting only one side, leading the unsuspecting viewers to believe that what they were watching was a true representation and/or the only available version? To whose benefit is it that the victim is presented falsely or unfavourably, whilst the suspect, the self-confessed villain is given the opportunity to not only recant her story yet again, but also to attempt to launder her image, smear the victim’s image and curry public sympathy with blatant lies clothed in half-baked explanations?

Usifo Ataga is dead. He is unable to speak for himself.

If his friends/family who summoned enough courage and braced the potential attendant media risk, to speak on his behalf had their words edited out, their rebuttals silenced, their versions blotted out, and so shabbily treated that they now feel so unsafe, I ask who then, will speak for Usifo Ataga?

This Crime Fighters’ latest outing poses more questions than it answers, and if it was a PR stunt has clearly backfired by all indications. How on earth has this aided this investigation? Who authorised this Crime Fighters programme? Who bankrolled it? Who edited it? Whose interests does it serve? Who is the lady with a black face mask, in the dark trousers and cream long sleeve top assisting/whispering into the ear of the suspect during her first appearance on the 23rd of June 2021? Is she a police officer or her lawyer?

Insisting that the facts of this case speak for Usifo Ataga, irrespective of the media hullabaloo is invariably an insistence that the truth reigns supreme at expense of impunity, and that we all be protected by the truth, and within our societies by the rule of law, irrespective of whose ox is gored. 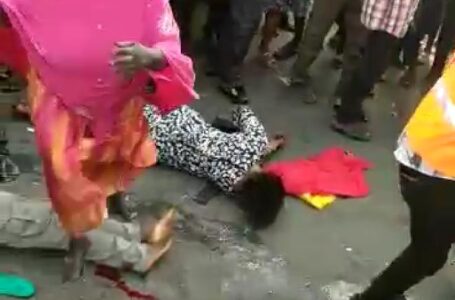 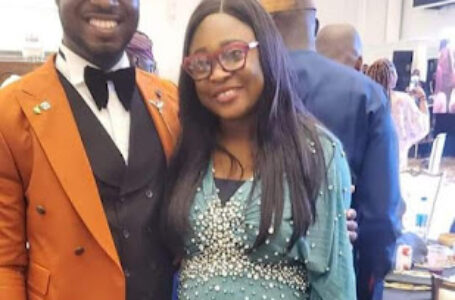 The policeman would’ve shot my sister-in-law too...