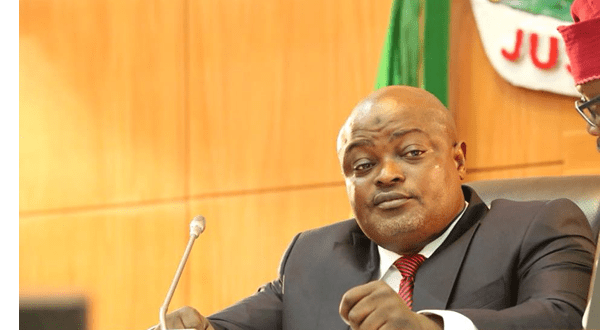 However, the removal of two principal officers, Chief Whip Rotimi Abiru ( Somolu) and Deputy Majority Leader Wahab Jimoh (Apapa) has not been reversed.

The four lawmakers are associates of former member of the House from Kosofe Constituency, Senator Bayo Osinowo

According to party insiders, many chieftains, including Minister of Interior Chief Rauf Aregbesola and Senator Osinnowo, want the dethroned principal officers back in their previous status.

Following the escalation of the crisis, which had its premise on disagreement over car purchase by the House for members, the Lagos State All Progressives Congress (APC) Governor’s Advisory Council (GAC), led by Asiwaju Bola Tinubu,  waded into the rift to foster reconciliation.

Party insiders disclosed that the advisory body of elders deployed its crisis resolution mechanism to halt the trend of embarrassment to the ruling party at this critical time.

At the meeting held at the State House, Marina, GAC advised the Speaker to lift the suspension. The elders also advised the warring legislators to iron out their differences as a step towards reversing the removal of the principal officers in the interest of peace and harmony.

Few hours to the Tuesday parley, Obasa had stormed Tinubu’s Bourdillon-Ikoyi residence to seek audience with the national leader. But, he could not access him until the leader set out for the peace meeting.

The Speaker’s convoy followed that of Tinubu and arrived at the venue around 11.20am.

Tinubu welcomed Governor Babajide Sanwo-Olu and both  proceeded to join other party elders, leaving the Speaker and the aggrieved lawmakers outside the meeting arena.

Later, the five lawmakers were called into the venue for them to brief the elders.

Tinubu expressed his concern and displeasure about the turn of the event in the House at the sensitive period of APC crisis at the national level and the outbreak of Coronavirus pandemic.

Other GAC members also berated the lawmakers for unnecessary distraction.

Although the Speaker was said to have raised his hand to talk, he was asked to hold on. But,  Abiru and Jimoh were given few minutes each to brief the leaders on the crisis after which Tinubu said the Speaker and the four lawmakers should leave the venue for another room to iron  out their differences.

Abiru emphasised that the process of their removal was not constitutional, adding that due process was violated.

Sanwo-Olu was requested to moderate and advise the lawmakers, and ensure that the GAC’s resolution is complied with.

The party chairman, Tunde Balogun, later joined the Speaker and the lawmakers in the private room while other members of the GAC discussed  national issues.

After Tinubu left, the Speaker also left, with the four lawmakers who saw him off to his car waving at him, Sanwo-Olu held a brief meeting that lasted for about 20 minutes with Balogun and the four legislators, urging them to embrace peace.

On Wednesday, the four lawmakers had another opportunity to meet with Tinubu at Ikoyi, where they aired their grievances.

The lawmakers complained that, after the harsh and provocative punitive  measures, they and their aides were bared from coming into the Assembly premises and their offices were also sealed off.

Also, they complained that they were removed from the official social media platform for the 40-member House.

They alleged that their offices were forced opened for inexplicable reasons.

During the Tuesday meeting at Marina, Obasa had alleged that the governor was inciting the lawmakers against him, adding that Abiru was getting millions of naira monthly from the chief executive to plot his impeachment.

However, Abiru denied the allegation, which he described as a figment of hyperactive imagination, saying that, judging by the composition of the House, four lawmakers cannot remove the Speaker.

At the House plenary last Thursday, Obasa headed the advice of the GAC by lifting the indefinite suspension as the first step towards crisis resolution.

A party source said: “There are two issues. Suspension and removal. Two were suspended. The suspension has been lifted. But, two were also removed from their principal positions.

“Abiru and Jimoh were never suspended. Therefore, lifting of suspension is different from reversal of removal. That is why I said the second aspect of the crisis has not been resolved.”