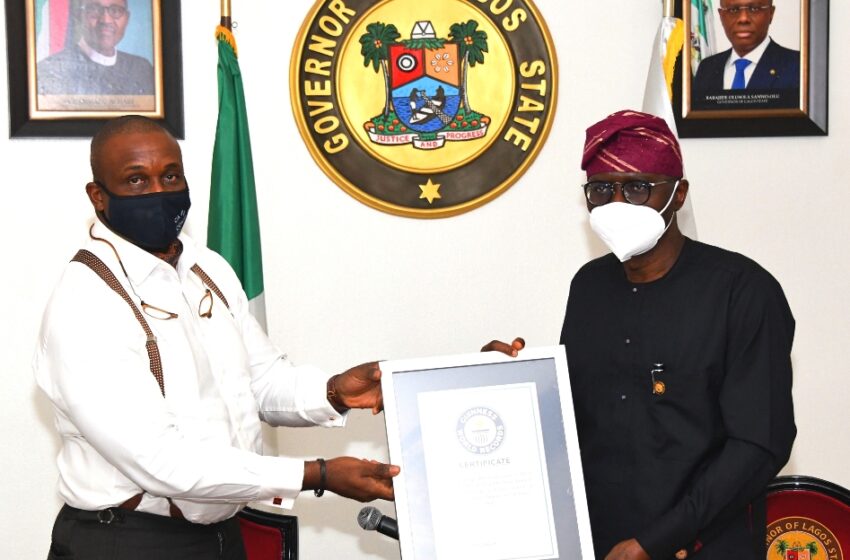 Governor Babajide Sanwo-Olu on Friday received the Guinness World Record certificate as holder of the world’s largest anniversary logo made with cupcakes mosaic.

The record was in respect of Lagos State Government’s celebration of the 60th independence anniversary of Nigeria with 60,011 cupcakes mosaic anniversary logo in the world, on October 1, 2020.

The initiative had placed Nigeria and Lagos in the Guinness World Records as holder of the world’s largest anniversary logo made with cupcakes mosaic.

The Certificate of the Guinness World Records for the Largest Cupcakes Mosaic was presented to Governor Sanwo-Olu at the Lagos House, Marina by the Managing Director, Outori Limited and Lead, Fly Africa Initiative, Mr. Wole Olagundoye.

Speaking on the presentation, Akinbile-Yussuf, said putting Lagos State in the Guinness Book of World Records was a great feat which the State would leverage for other world records. 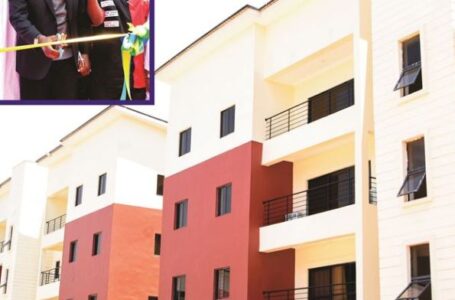